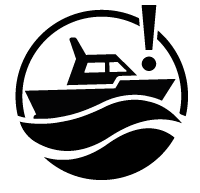 Co-Developing Community Response addresses Indigenous groups’ concerns about the risks of increased project-related tanker traffic to marine activities, the environment and culturally important and sacred sites in their traditional territories.

Through this initiative, Indigenous groups and the Government of Canada co-develop response capacity at the community level to support a meaningful role for Indigenous groups in the broader marine response system. The implementation of this accommodation measure facilitates a tailored approach to meet the needs of individual groups. As part of this initiative, the Canadian Coast Guard identifies information, tools and services with the objective to improve information sharing with coastal Indigenous groups and response partners. Some of the tools developed may become available on multiple platforms (e.g., mobile, desktop) and will help facilitate preparedness and response capabilities and safety for coastal Indigenous groups.

The Canadian Coast Guard collaborates with eligible Indigenous groups to co-develop and establish a meaningful role for interested groups in marine incident management.

Co-Developing Community Response invests in Indigenous capacity to participate in marine incident management, which may include funding for:

1. Initial funding is available to fund a Marine Liaison position (or equivalent) to participate in co-developing community response activities. If a group does not require a Marine Liaison, funding could be allocated to other environmental response activities to build capacity in the areas of marine incident management and/or marine domain awareness. Where desired, this additional capacity could facilitate participation in discussions related to other accommodation measures.

2. After initial capacity is established, funding is available to support the co-development of community response to marine incidents, including oil spills and the development of technical tools for sharing marine awareness and response information with the Canadian Coast Guard. Funding could be committed for up to three years, beginning in the 2019–2020 fiscal year.

How does this connect to other initiatives?

Co-Developing Community Response also provides potential Indigenous capacity support to other marine initiatives via marine liaisons (at the discretion of the Indigenous group).