Since its debut in 2015, Northern Lights has been a huge success on Parliament Hill in Ottawa. More than one million spectators have enjoyed the experience!

The sound and light show has been transformed into a virtual format this summer and promises an equally magical experience as the iconic Centre Block and Peace Tower are recreated on screen. This is a unique opportunity to join loved ones for a personalized viewing session! 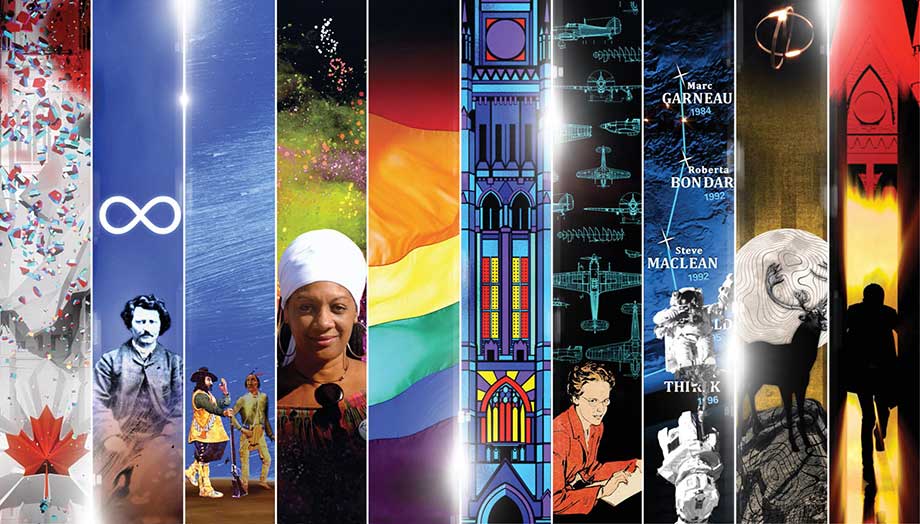 Northern Lights is a thrilling thematic journey through Canada's history. Combining bold digital technology with the architectural splendour of the Canadian Parliament, the show illuminates Canadian stories of nation building, partnership, discovery, valour, pride and vision at the heart of our country.

Key figures, events and achievements from Canadian history are brought to life using 5 distinct artistic styles. All are presented in spectacular detail, with stirring narration and an original score, against the backdrop of the Centre Block and Peace Tower.

What kind of technology is used to virtually recreate the Centre Block and Peace Tower as well as virtually project the show?

The virtual sound and light show, Northern Lights, combines video and effects from a number of different sources. The video is a montage of:

Canadian Heritage worked with TKNL of Montréal to create Northern Lights. Founded more than 35 years ago, TKNL, Experience Makers is one of the largest experiential production and corporate events firms in Quebec. TKNL has operated in the field of immersive shows and interactive museum exhibits for over 20 years. The company has produced an impressive array of immersive events, museum exhibits, interactive tools and multimedia communication tools, many of which have garnered industry awards.

Canadian Heritage would like to thank the following individuals and organizations for their contributions to Northern Lights: