In previous reporting periods court martial expenses was included as a part of DMP’s operating budget. However, court martial expenses are no longer a part of the DMP’s budget but instead are administered through a centralized fund. Due to various factors such as the number of courts, the duration of courts as well as any unpredictable expenses such as the requirement for expert witnesses, etc., court martial expenditures can be difficult to plan for and can vary greatly from one reporting period to the next.  This year the total expenditures for courts martial was $248,873.90. 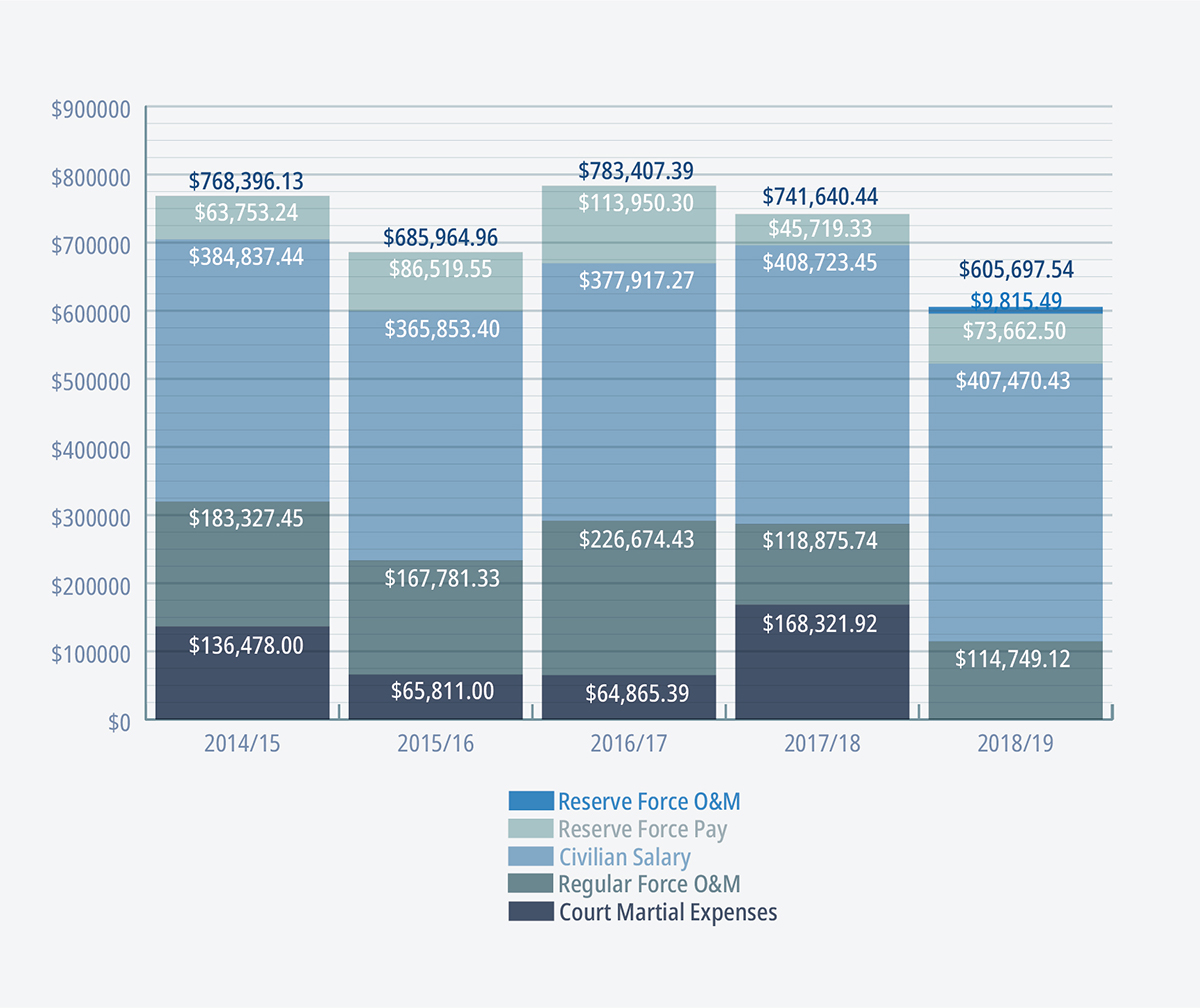