Casting a Wide Net: Creating Secure Mobile Networks While on the Move 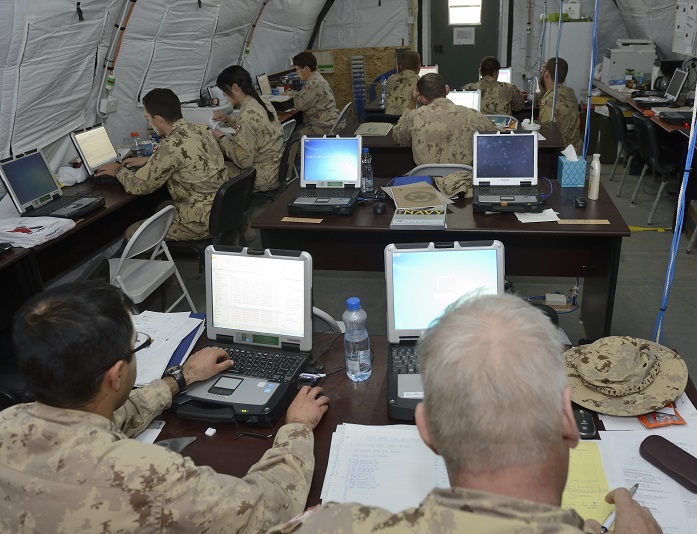 When Canadian Armed Forces are deployed today, it tends to be Brigade-sized tactical military formations comprising 3,200 to 5,500 personnel in order to allow for the type of mobility and flexibility that is needed to respond to new types of missions and emerging threats. Each brigade has a self-contained headquarters (HQ) and staff that are responsible for planning and conducting operations, as directed by the Government of Canada, anywhere in the world.

The collection, analysis, fusion and sharing of information is vitally important for exercising command and control, and new capabilities are needed to better support modern network-enabled applications. The military has relied on wired networking (i.e., fiber optics) for communications, which provides a high bandwidth as well as the required level of security, but there are number of drawbacks including the cost, time and resource requirements for set-up and take-down.

Wireless networking offers the promise of significant benefits over wired networking in relation to cost, flexibility and mobility. However, at present, there are unacceptable trade-offs related to performance and security that prevent its adoption within a deployed HQ. Wi-Fi uses radio frequency (RF) technology to broadcast signals that can be detected by adversaries and used to gain unauthorized access to the communication system or as a vector for a cyberattack. The electromagnetic emanations can also act as a beacon that reveals the location of the HQ to adversaries.

The DND/CAF is looking for innovative solutions for a mobile wireless network that includes, but is not limited, to the following capabilities:

Security concerns prevent the installation of a tower over the surrounding landscape within a deployed camp for the mounting of electronic communications equipment and antennae.