When someone discloses an incident of sexual assault for the first time, a supportive reaction can make all the difference, but that does not mean it will be easy. You may feel some conflicting thoughts and emotions about the disclosure but this person trusted you enough to disclose a very personal experience to you and the priority is to focus on their needs.

Note: Be aware that feelings of guilt and shame can contribute to thoughts of self-harm. Behaviours, thoughts, and feelings expressed by the person may reveal a heightened level of distress.

Note: If you suspect that the person is having thoughts of suicide, ask them clearly and directly, ex: “Are you thinking of suicide?” If they answer yes, offer to assist them in accessing professional psychological services, or escort them directly to the nearest medical care facility, military or civilian.

IF YOU THINK SOMEONE IS SERIOUSLY CONTEMPLATING SUICIDE

- ASK the individual directly if they are thinking of suicide.
- LISTEN to what they have to say without judging.
- BELIEVE what the individual says and take all threats of suicide
seriously.
- REASSURE the person that help is available.
- ACT immediately. Make contact with others to ensure the person’s
safety.

Don’t try to deal with the situation yourself. Medical staff, a Social Work Officer, a
Chaplain, and the individual’s CO are all people you can turn to for help.

RECOGNIZE YOUR OWN LIMITATIONS

While you can provide the initial supportive and compassionate response,
there are professional services available that have people with in-depth
knowledge and training in the complexities of sexual assault.

A GUIDE FOR VICTIMS OF SEXUAL ASSAULT

YOU ARE NOT ALONE

WHAT WILL I BE FEELING DURING THIS TIME?

SOME OF THE EFFECTS THAT YOU MAY EXPERIENCE…

WHAT TO EXPECT AT THE HOSPITAL

Content Awareness: The following section contains specific details of what occurs during a sexual assault medical exam. Some individuals may find this level of detail helpful, while others may find this causes distressing thoughts or images to surface.
Please take care of yourself and make the choice that is best for you.

Note: Not all hospitals/medical facilities collect forensic evidence. To find a location near you that performs sexual assault forensic exams, call the Sexual Misconduct Response Centre or your nearest CAF Health Services Centre.

WHAT HAPPENS DURING A SEXUAL ASSAULT FORENSIC EXAM?

WHO CAN PERFORM THE EXAM?

WHY SHOULD YOU CONSIDER HAVING A SEXUAL ASSAULT MEDICAL FORENSIC EXAM?

HOW LONG WILL THE EVIDENCE BE STORED?

WHO WILL INVESTIGATE MY CASE?

WHAT HAPPENS AFTER THE ARREST? 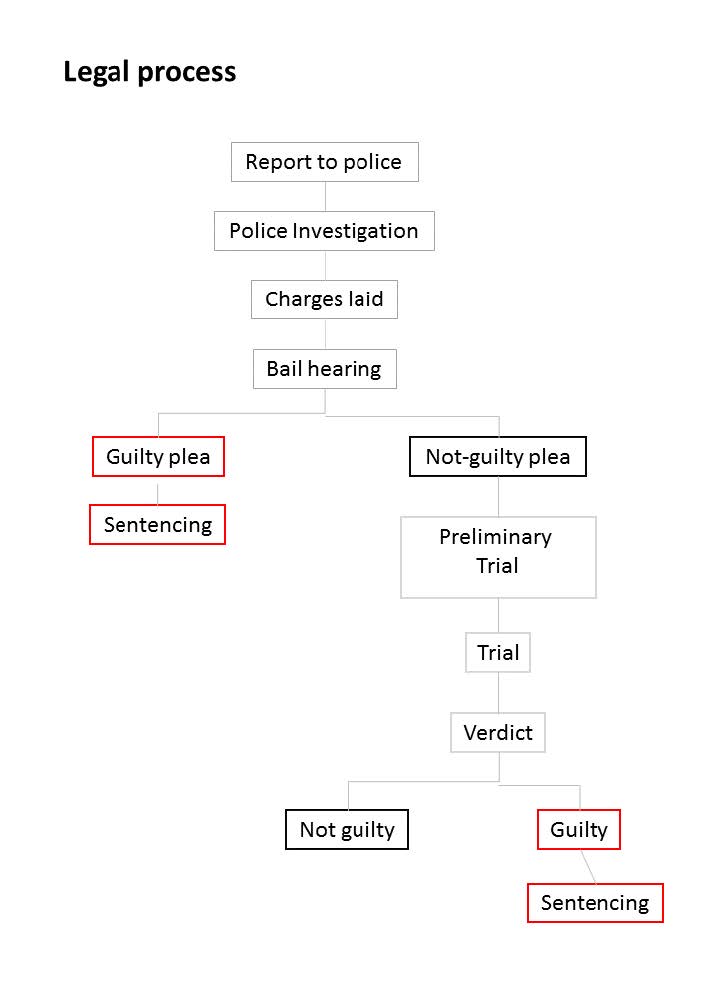 DECIDING WHETHER TO PROSECUTE

HOW LONG DOES THE COURT PROCESS TAKE?

WHAT IS A PRELIMINARY HEARING?

WHAT IS A TRIAL?

WILL I HAVE TO TESTIFY IN COURT?

A GUIDE FOR DEALING WITH SEXUAL VIOLENCE IN MOVIES, SHOWS, NEWS, AND SOCIAL MEDIA

A TOOL FOR PRACTICING SELF-CARE AFTER TRAUMA

SELF-CARE WHEN SUPPORTING A VICTIM OF SEXUAL ASSAULT

Self-care isn’t always easy to take on by yourself. To speak with someone who is trained to help, contact Mental Health / Injury resources. 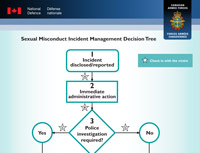 *[5] The immediate responses will vary depending on how long ago the incident has occurred (weeks, months, or years).

If you have comments, suggestions or ideas related to Operation HONOUR initiatives or products, please fill out our feedback form.