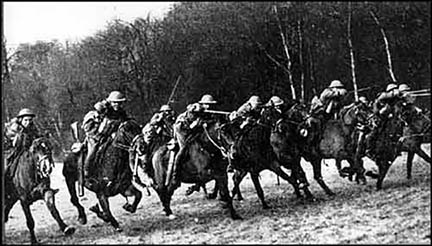 A battle honour incorporating “Capture of Longueval”, “Capture of Trô nes Wood”, and “Capture of Ovillers”, formally entitled the “Battle of Bazentin Ridge”, and itself being part of “The Battles of the Somme, 1916”.Footnote 1

The Honour “Bazentin” was granted to units of the Canadian Cavalry Brigade for their actions as part of the 2nd Indian Cavalry Division in support of the British offensive on the Somme from 14-17 July 1916. The objective of the cavalry was to secure a line between High Wood, Flers and Le Sars when the attack by XIII and XV Corps between Longueval and Bazentin- le-Petit had broken the German second line defensive positions. The infantry was unsuccessful in breaking the full extent of the German line so the majority of the cavalry never made its advance. “B” Squadron of the Fort Garry Horse was involved in support of the British 7th Dragoon Guards that held a portion of the line between Longueval and High Wood throughout the night of 14-15 July. 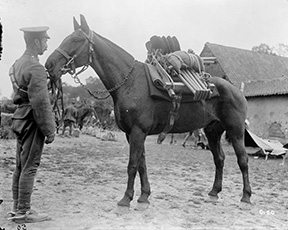 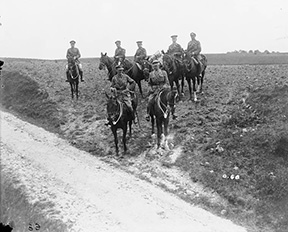