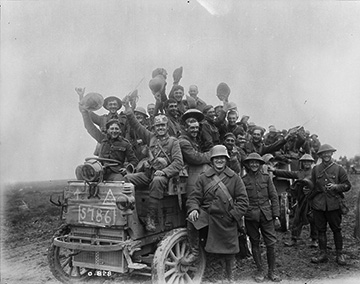 Canadian soldiers on a motor lorry returning victorious from the Battle of Courcelette [Battles of the Somme]. Some are displaying war trophies, such as German steel helmets and pickelhaubs (spiked leather helmet). September, 1916.
Credit: Canada. Department of National Defence/Library and Archives Canada (MIKAN no. 3404741)

A battle honour incorporating the tactical incident “Capture of Martinpuich”, formally entitled the “Battle of Flers-Courcelette”, and itself being part of “The Battles of the Somme”.Footnote 1

The Honour “Flers-Courcelette” was awarded to units of the British Expeditionary Force that participated in the September offensive on the Somme. It was a two-army assault between Combles and Thiepval that began on 15 September. The Canadian Corps (Lieutenant-General Sir J.H.G. Byng), on the right flank of the Reserve Army, was assigned to take the area surrounding the village Courcelette. The 2nd Canadian Division (Major-General R.E.W. Turner, VC) attacked astride the Albert-Bapaume road with the objective of taking the village of Courcelette while the 3rd Division (Major-General L.J. Lipsett) attacked on its left to provide flank protection. The overall British plan incorporated the use of a creeping artillery barrage and a new doctrine that broke up the advance into a series of successive bounds by the infantry. For the first time, the highly secretive “tanks” were to be used during this attack. The Canadian attack was launched under this rolling barrage and in the 2nd Division area the 6th (Brigadier-General H.D.B Ketchen) and 4th (Brigadier-General R. Rennie) Brigades made the first bound securing a line near a former sugar factory. At this point, there was a short pause for the 5th Brigade (Brigadier-General A.H. Macdonell) to advance and carry the attack forward to the road between Courcelette and Martinpuich. On their left the 8th Brigade (Brigadier-General J.H. Elmsley) took the German part of the German Fabeck Graben trench line that the 7th Brigade (Brigadier-General A.C. Macdonell) then pushed further east towards Courcellette where the 5th Brigade was attacking the village. During the attack the Canadian Division were also supported by the newly formed 1st Motor Machine Gun Brigade, which despite its title was a unit and not a formation. The Germans, pushed back from their positions, made several counter-attacks on the Canadians. Many of these attacks impacted heavily on the village of Courcelette, which formed an apex in the line, but was successfully defended by the 22nd Battalion. On the 18th of September the 1st Canadian Division (Major-General A.W. Currie) relieved the 5th Brigade in the front line and continued to fend off German counter-attacks. The 1st Canadian Brigade (Brigadier-General G.B. Hughes) carried out another small attack in front of Courcelette on 22 September pushing the Germans back another 500 yards. In its first major assault on the Somme the Canadian Corps had carried out a successful operation advancing over a mile but at a cost of over 7000 casualties. The overall British offensive was a limited success. Although successful between Courcelette and Flers to the south, the village of Combles, further south, was not taken and the sought after breakthrough was not made. 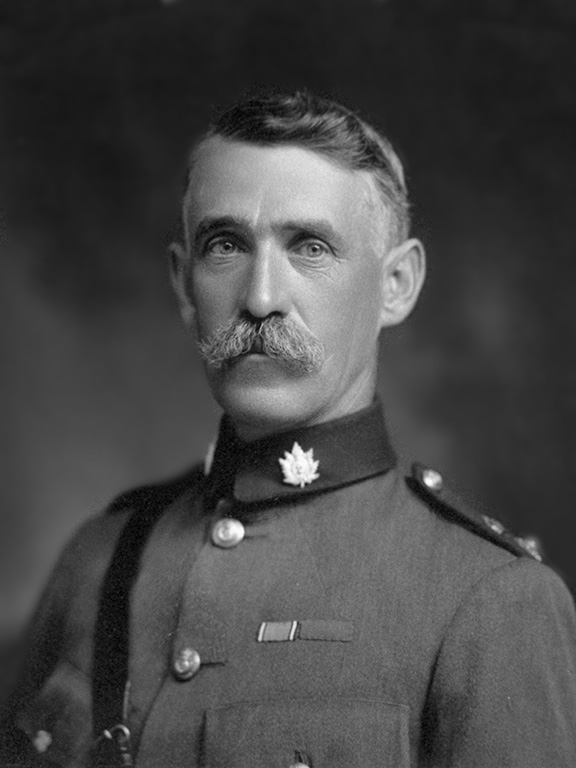 Brigadier-General Robert Rennie shown here as a Major-General in the 1920s.
Credit: Courtesy of John Stephens, Curator, The Queen's Own Rifles of Canada Regimental Museum 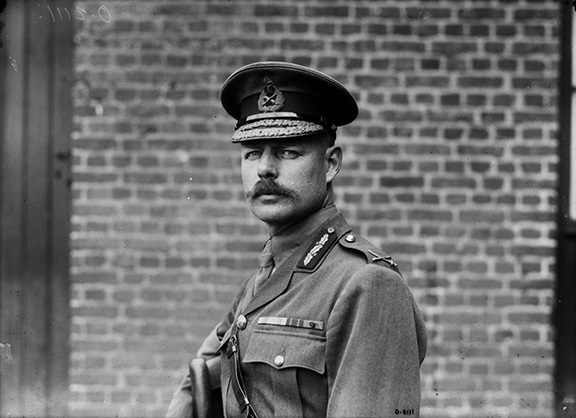 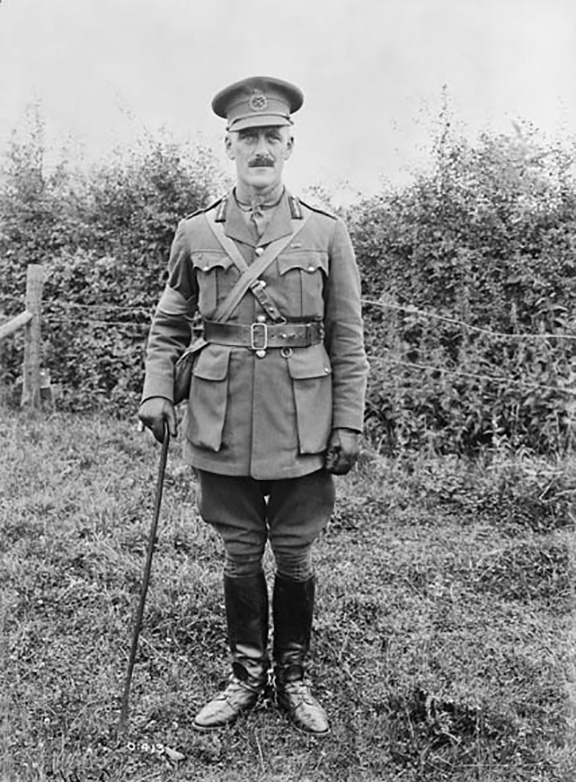 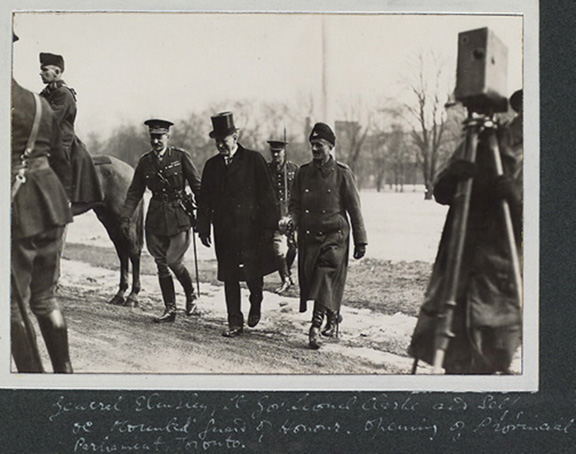 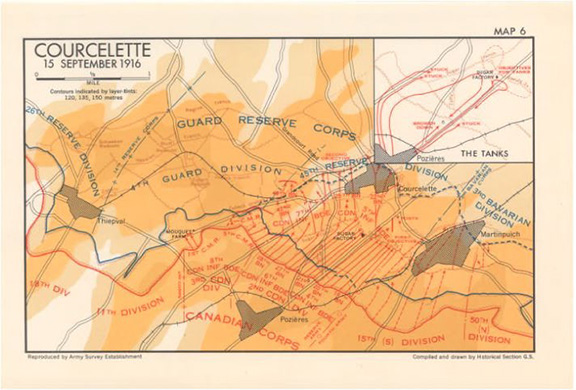