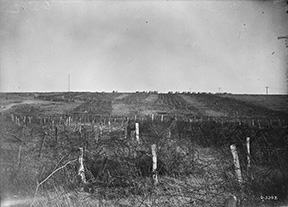 A portion of the Hindenburg Line, a huge mass of barbed wire. Advance East of Arras. October, 1918
Credit: Canada. Department of National Defence/Library and Archives Canada (MIKAN no. 3522302)

The various battles included under the heading ‘ Hindenburg Line' began with a British offensive on 12 September 1918. The line was the most heavily defended German position on the Western Front and it would take most of the resources available to the British Army to carry it. Field Marshal Haig now convinced the Allied Supreme Commander, Marshal Foch, that all efforts on the Western Front be directed against the Line in concentrically directed, timed offenses starting on 26 September with the French and Americans attacking in the south. On 27 September the First and Third British Armies (which included the Canadian Corps (Lieutenant-General Sir A.W. Currie) would attack from the west. On 28 September the Flanders Group of Armies under King Albert I of Belgium (which included Second British Army in which the Royal Newfoundland Regiment was serving) would attack from the north. The follow-up assault would be made on 29 September by the British Fourth Army (with the 3rd (British) Cavalry Division which included the Canadian Cavalry Brigade (Brigadier-General R.W. Paterson) and French First Armies approaching from the south west.

The Canadian Corps' role involved an assault crossing of the Canal du Nord and an advance on the city of Cambrai which fell on 9 October 1918. 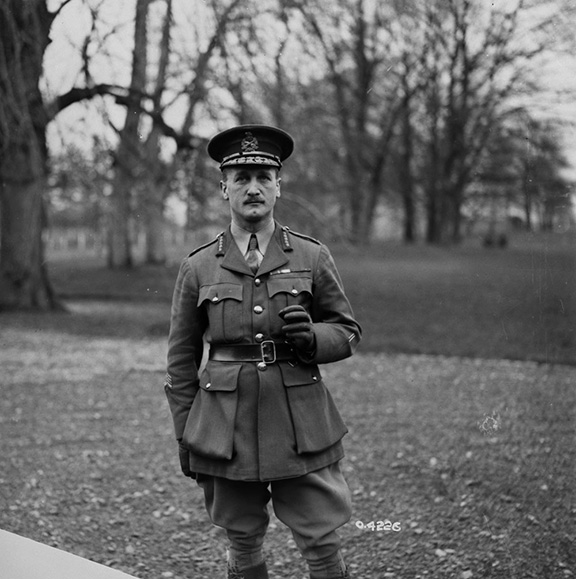