In 2017, remains were found during a construction project in Vendin-le-Vieil, France. The Canadian Armed Forces confirmed the identity of these remains as Private George Alfred Newburn.

George Alfred Newburn was born on 7 April 1899 in London, England, United Kingdom to parents Alfred Newburn and Mary Newburn, née McCarthy. Following the death of his wife Mary, Alfred Newburn, along with his children George, Ethel, Kathleen (Kate), and Florence (Florrie), immigrated to Canada aboard the S.S. Lake Manitoba, arriving at the port of Québec City in June of 1912. The family's destination was the town of Esquimalt, British Columbia. Prior to enlistment, George worked as a messenger with the Canadian Pacific Telegraph Company.

George enlisted with the Canadian Expeditionary Force (CEF) and joined the 88th ‘Overseas’ Battalion, CEF (Victoria Fusiliers) on 6 November 1915, a battalion called out for active service on 22 December 1915. George was only 16 years of age when he enlisted. He lied about his age, by giving a birth year of 1897 to appear 18 years old when he enlisted. He embarked for England on 1 June 1916, arriving in Liverpool on 8 June 1916. On 18 July 1916, Private Newburn was transferred to the 30th Reserve Battalion in East Sandling, England. On 12 August 1916 he was assigned to the 7th Canadian Infantry Battalion (British Columbia), CEF, part of the Canadian Corps in France.

Private Newburn and the 7th Battalion participated in the assault on Hill 70 launched on 15 August 1917. The 7th Battalion was on the left flank of the 2nd Canadian Infantry Brigade and took part in the second wave of the attack between the Blue and the Red Line objectives. The fight for the Red Line was difficult as the Germans held this position in force. Heavy casualties were reported as a result of this attack. The 7th Battalion then pressed its attack to the Green Line objective but had to withdraw to the area of the Red Line since their left flank was exposed. The 10th Battalion was moved forward on the afternoon of 15 August to help hold the line against German counterattacks. A second attack led by the 10th Battalion on the Green Line on 16 August was successful. From 15 to 18 August 1917, the 7th Battalion suffered 118 casualties with no known graves in connection with the assault on Hill 70. On 15 August while fighting in the second wave of the assault on Hill 70, Private Newburn was killed in action at the age of 18.

Following the war, Private Newburn’s name was engraved on the Canadian National Vimy Memorial commemorating Canadian soldiers who died during the First World War and have no known grave.

In July 2017, a construction project in Vendin-le-Vieil uncovered the human skeletal remains of five soldiers. Alongside the remains were a number of artefacts including shoes, Lee Enfield rifles, and a damaged 7th Canadian Infantry Battalion (British Columbia) collar badge.

Through historical, genealogical, anthropological, archaeological, and DNA analysis, with the assistance of the Canadian Forces Forensic Odontology Response Team, and the Canadian Museum of History, the Casualty Identification Review Board was able to confirm the identity of one set of remains as those of Private George Alfred Newburn in February 2019.

Private George Alfred Newburn was buried on 12 June 2019 in the Commonwealth War Graves Commission's Loos British Cemetery in Loos-en-Gohelle, France by members of The British Columbia (Duke of Connaught's Own) from Vancouver, British Columbia. Attending the burial were a nephew and other family members, as well as representatives from the Government of Canada, the local French government, and the Canadian Armed Forces. 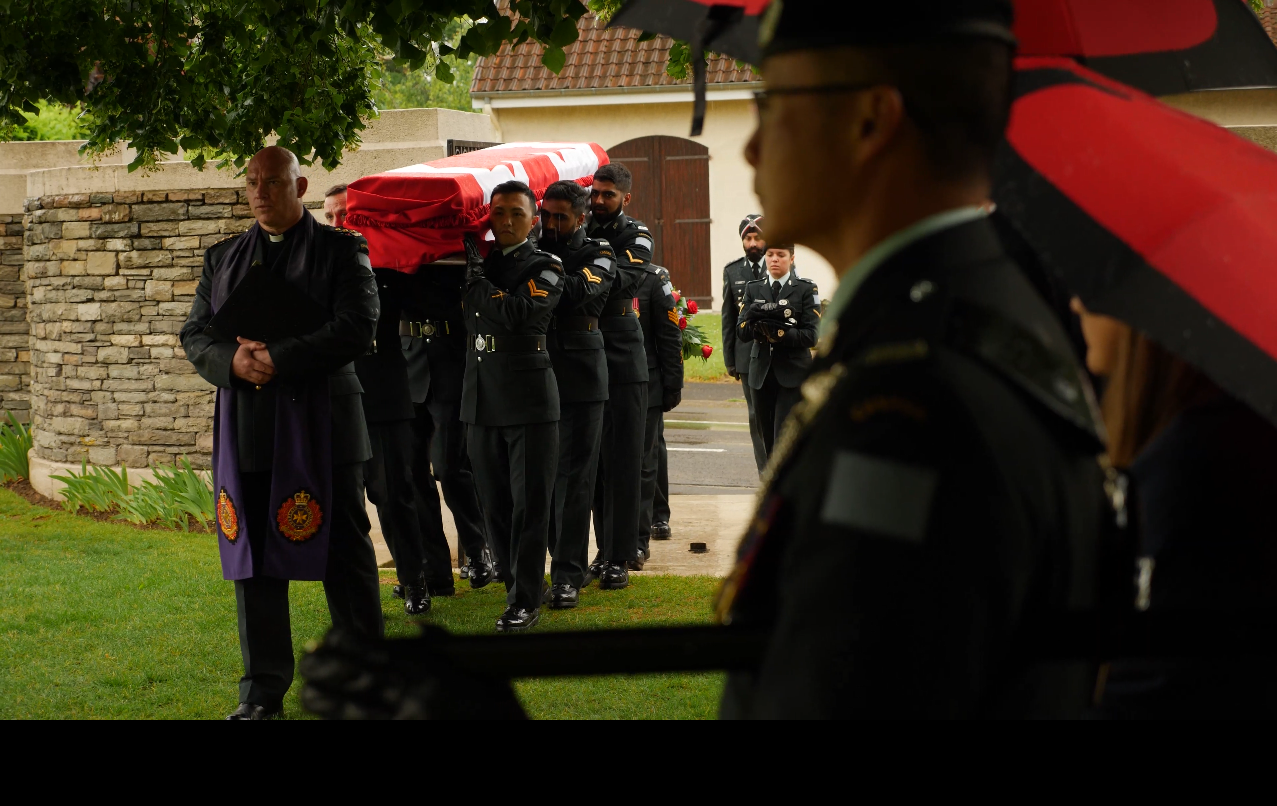 For further information on Private George Alfred Newburn, you can consult his personnel file at Library and Archives Canada.