The official lineage of the Military Engineering Branch. 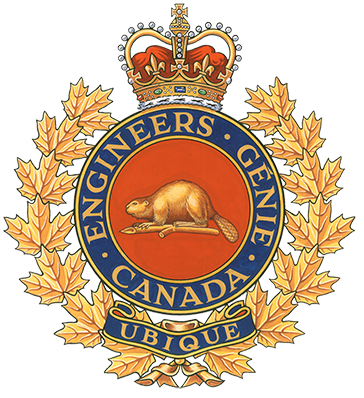 The beaver has long been used by engineers as it is an animal noted for its skill in building. "ENGINEERS . GENIE . CANADA" is a form of the branch title and "UBIQUE" is the motto of the branch. 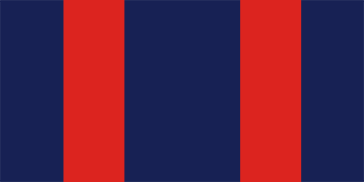 The motto "UBIQUE" was granted as an honorary distinction to 'take the place of all past and future battle honours and distinctions gained in the field'.Footnote 1

The Battle Honours Committee for the Great War did not have time to conduct an analysis of each battalion or unit that served in the Canadian Expeditionary Force (CEF). Consequently, honours were only awarded to units perpetuated by the Militia. No. 2 Construction Battalion was raised in Canada under the Infantry List, and should have qualified for Honours as a ‘combatant’ battalion, regardless of the fact that they operated as a non-combatant unit in France in 1917 and 1918.

CANFORGEN 79/22 confirmed that No. 2 Construction Battalion, Canadian Expeditionary Force be awarded the Battle Honour “FRANCE AND FLANDERS, 1917-18” and be perpetuated by 4 Engineer Support Regiment.

Extract from Royal Gazette, Halifax, N.S., Wednesday 2 May 1860, Vol. LIX No.19 from p. 134 of Militia General Orders, N.S. This order details the precedence (seniority) of the Halifax and Dartmouth Volunteer Engineer Companies in relation to the other volunteer companies of the province (respectively 24th and 25th of 30th).