Accounts of 2 battles that took place in rapid succession on the Niagara Peninsula on June 2, 1866:

These battles were fought between Canadian soldiers and Fenian agitators for Irish independence. This is one of the 17 pamphlets on specific battles in The Canadian Battle Series.

This pamphlet is available online only in French, but you can get an English copy in print. 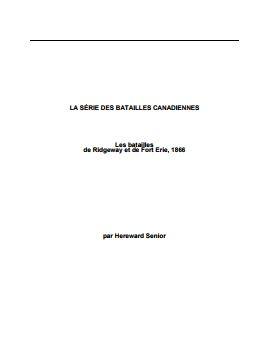