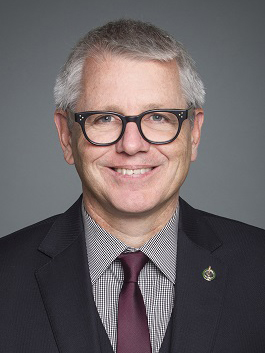 Parliamentary Secretary to the Minister of Families, Children and Social Development (Housing)

Adam Vaughan was first elected as the Member of Parliament for Spadina—Fort York in 2014.

As an activist and journalist, Mr. Vaughan has played a significant role in the social and economic growth of Toronto.

Mr. Vaughan has demonstrated strong support for the arts in Toronto. While on City Council, he championed the expansion of the Ontario College of Art and Design University and led the campaign to save Theatre Passe Muraille. He has also served on the boards of the Toronto Arts Council, the Art Gallery of Ontario, Harbourfront Centre, and Heritage Toronto.

Before entering politics, Mr. Vaughan was a broadcast journalist for more than 20 years, specializing in municipal affairs for both CBC and Citytv. He covered all three orders of government, as well as urban issues.