On February 20, 2014 , the Honourable Gail Shea, Minister of Fisheries and Oceans and Member of Parliament for Egmont, on behalf of Employment and Social Development Canada, announced that the Government of Canadians making changes to the Employment Insurance (EI) program to ensure it is fairer to Islanders and better reflects Prince Edward Island's local economy.

Beginning October 12, 2014 , Prince Edward Island will be divided into two EI regions — a capital region and a non-capital region. This reflects the fact that job opportunities for Islanders differ significantly between Charlottetown and non-urban areas of Prince Edward Island. This change brings fairness to the EI program and strengthens the core principle of EI — that benefits are calculated based on local economic realities. 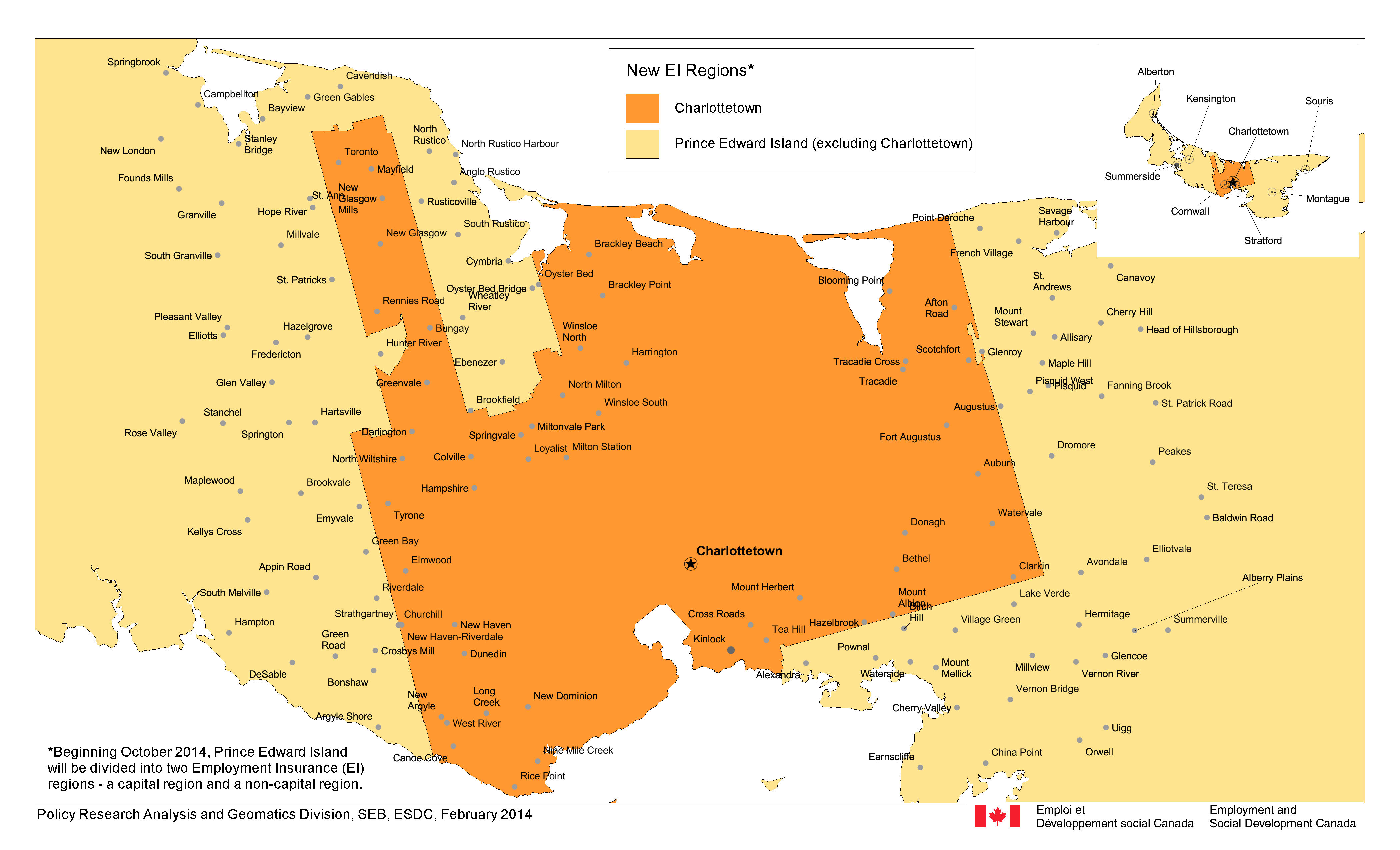 Cities appearing on this map are for illustrative purpose only and do not constitute an exhaustive list of cities included on the new EI economic regions.