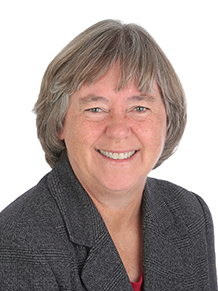 Represents the riding of King—Vaughan

The Honourable Deb Schulte was first elected as the Member of Parliament for King–Vaughan in 2015.

Minister Schulte is an accomplished community leader who served as a former and regional councillor for the City of Vaughan. In 2017, her dedication to the diversity of her community was highlighted when her Private Member’s Motion was passed, marking every June as Italian Heritage Month in Canada.

A local advocate for most of her life, Minister Schulte was appointed to the Greenbelt Task Force and served on the Board of Directors of the Oak Ridges Moraine Foundation, a non-profit organization dedicated to enhancing and preserving one of southern Ontario’s most distinct landscapes. Minister Schulte is a long-time member of the Humber Watershed Alliance, now known as the Regional Watershed Alliance.

Minister Schulte has a degree in mechanical and aerospace engineering from Princeton University, and 22 years of engineering and business experience with Bombardier Aerospace, now known as Bombardier Aviation.

Minister Schulte lives in Vaughan with her husband, Dave, and their two sons.

Get the latest details for seniors in Canada from the Minister of Seniors.