From Employment and Social Development Canada

Selected from 189 applications from across the country, the Social Innovation and Social Finance Steering Group brings together 16 passionate and diverse leaders, practitioners and experts from multiple fields, including the community, philanthropic, financial and research sectors.

Together, its members will co-create a Social Innovation and Social Finance Strategy with the Government of Canada. 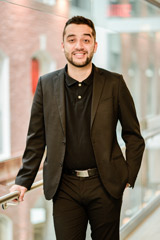 Ajmal has a vision that entrepreneurship can be utilized to engage youth, create positive impact and solve many of the world’s complex problems.

Ajmal is the Founder and President of Inspire Nunavut, an organization that runs a social entrepreneurship training program and accelerator for youth to challenge the complex problems they face in their remote communities. The initiative is creating some of the first collaborative entrepreneurial ecosystems in Nunavut, where enterprises being created integrate Inuit culture and values, increase community and economic development, and are increasing the community’s standard of living. Since its launch in February 2016, Inspire Nunavut has worked with 55 entrepreneurs across five communities, is working with 20 additional entrepreneurs in two communities in the Fall of 2017, and hopes to expand their operations in 2018. 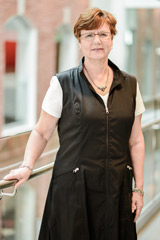 Allyson has assisted hundreds of social ventures to become economically sustainable and increase their social impact. She has developed and helps lead the social innovation programs at MaRS which includes Social Innovation Generation (SiG); the Centre for Impact Investing; Solutions Lab; and Studio Y. She is currently leading an initiative to develop a pro bono marketplace for Canada.

She is also the Thinker in Residence for the Social Capital Residency in South Australia, sponsored by a multi-sectoral collaborative led by the Don Dunstan Foundation. She is the Social Entrepreneur in Residence at the University of Waterloo, and an educator/mentor in many programs related to social innovation and entrepreneurship. Historically, she was a passionate advocate for children when she worked at SickKids and 211 was her social innovation wherein she was awarded the Head of the Public Service. 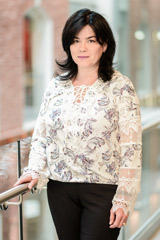 Prior to Aski Capital, Brenda held the position of the Vice President of Sales, Marketing and Development for TWCC, an Aboriginal owned entity with a range of financial related subsidiaries. During her tenure she led the development and National deployment of what is now, Aski Capital.

Previously, Brenda served as the National Sales and Marketing Director for Telpay Incorporated, a multi-channel payments company that serves Financial Institutions as well as offers EBPP solutions for the business to business market.

Her fields of expertise are Indigenous Social Innovation and Social Finance; she provides a lens of and to best practices in working and collaborating with vulnerable populations. She has been sought by Indigenous and non-Indigenous peers as an expert in the field as a speaker and panelist; both internationally and within Canada. 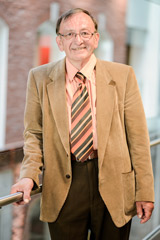 Carl started working at Canada Post in 1975. In early 1976 he became actively involved in the executive of the Charlottetown Local of the Canadian Union of Postal Workers. He served as Secretary-Treasurer and held all executive positions of the local, including 15 years as President. Carl has been the President of the Federation of Labour for 12 years now which represents over 10,000 unionized workers as well as being a voice for the unorganized.  He is a member of the PEI Health Coalition and a member of the Poverty Eradication Coalition that works for the betterment of people living in poverty.

He is the Provincial Representative of the Atlantic Provinces’ Red Tape Reduction. He is also a Board member of the PEI United Way and of Workplace Learning. He represents Islanders at the municipal, provincial and federal levels on issues such as Employment Insurance, Expanding Canada Pension Plan, Climate Change, Health Care and other social related issues.  And lastly, he is the Vice President of Canadian Labour Congress Canadian Council. 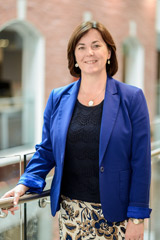 Catherine Scott is Director General, Community Development and Homelessness Partnerships Directorate at ESDC. The Directorate is responsible for working with communities across Canada to address homelessness and is coordinating work to develop the federal government’s new Social Innovation and Social Finance Strategy. Catherine has been an executive within ESDC since 2009 and has worked in several other federal departments including the Commissioner of Official Languages, the Department of Canadian Heritage and the Privy Council Office. 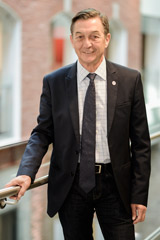 David LePage is the Managing Partner of Buy Social Canada, a partner in the Social Enterprise Institute and Principal with Accelerating Social Impact CCC, Ltd. (ASI). 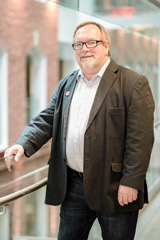 David is a committed entrepreneur who is passionate about social change and using business as a tool to strengthen our communities. Blending these passions, the focus of his work over the past 25 years has been on building capacity within the social enterprise ecosystem on a regional, national, and international basis.

He is the co-founder of Common Good Solutions, a founding member of the Social Enterprise Network of Nova Scotia, a past member of the Immigration, Refugees and Citizenship Social Innovation Committee and teaches social finance as an adjunct faculty member in the University of Fredericton MBA Program. 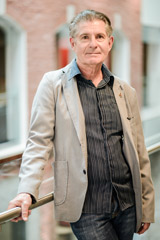 Mr. Palmer has been the Executive Director of Causeway Work Centre, a community economic development organization since 1992. Causeway currently operates a menu-based, pre-vocational training and supported employment program. It also runs four social businesses and a Community Finance Fund in partnership with three credit unions designed to operate as an affordable alternative to the payday lending industry. 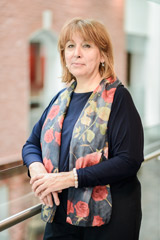 Francine is Algonquin from the Kitigan Zibi First Nation in Quebec and is founder of Whiteduck Resources Inc. a boutique consulting firm that provides research and evaluation to community, national and international indigenous organizations.

Francine is engaged with diverse boards, steering committees, advisory bodies, and networks with a focus on business development and entrepreneurship. She has been involved in establishing community, and public and private sector businesses, and led a micro-enterprise initiative in the Asia Pacific Economic Cooperation Forum (APEC) to connect indigenous and rural women producers to increase women’s participation in trade, and has served as CEO of the National Aboriginal Capital Corporations Association, a network of 58 Aboriginal financial institutions across Canada. Francine is currently a member of the Board of Directors of Prosper Canada, a charity dedicated to ensuring financially vulnerable Canadians have access to the financial policies, programs, products and advice they need to build their financial wellbeing. 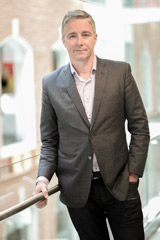 Dr. James Tansey is currently the Executive Director at Sauder S3i, a research centre at the Sauder School of Business that is dedicated to social innovation and sustainability and UBC University Sustainability Initiative. He is also an associate professor at the University of British Columbia.

James has over 20 years of experience in environmental consulting and climate change. This is reflected through his years of teaching a myriad of programs in the U.K. and Canada as well as through his role as founder and CIO of NatureBank Asset Management. He was also one of four international advisors for the United Nations Environment Programme on the environmental strategy for the 2014 Winter Olympic Games in Sochi, Russia.

In 2013, he received the Queen’s Diamond Jubilee Medal in recognition for the environment-related contributions he has made thus far for British Columbia. 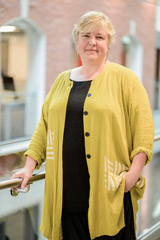 Lauren Dobell is the Director of Strategic Partnerships for Vancity Credit Union, and supports its Vancity Community Investment Bank – Canada’s first 100% triple bottom line Schedule 1 bank – in the same capacity. In advocating for an enabling policy environment for progressive social finance, she works closely with partners and counterparts across sectors, and is constantly inspired by the power of capital mobilized in pursuit of communities committed to economic inclusion, environmental sustainability and meaningful reconciliation.

“Canadian Councils” (for international cooperation, unity, learning) are a strangely recurring phenomenon in her resume. Her academic studies and university teaching focused on transitions to democracy, particularly in Africa, and the comparative approaches of liberation movements to the challenges of post-independence reconstruction and renewal. She has never learned to tell the difference between vocation and avocation. 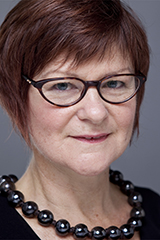 Marie J. Bouchard is a full professor at the École des sciences de la gestion at the Université du Québec à Montréal. She holds a doctorate in sociology from the École des hautes études en sciences sociales in France, and has been a member of the Centre de recherche sur les innovations sociales (CRISES) since 1995, where she is currently managing the Social Innovations and Collective Enterprises research area. 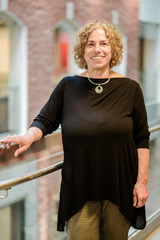 Nancy Neamtan is a Strategic Advisor at TIESS (Territoires innovants en économie sociale et solidaire), a social innovation liaison and transfer centre for the Chantier de l’économie sociale Trust. She was one of the founders of the Chantier de l'économie sociale and its Executive Director from 1996 to 2015. As Executive Director of the Chantier, whose mission is to promote and develop the social economy, she helped create new financial tools for collective enterprises (RISQ and the Chantier Trust), co-chaired the Social Economy Community–University Research Partnership from 2001 to 2011, and participated in creating and leading international social and solidarity economy networks.

Nancy led the Corporation for Economic and Social Renewal of South-West Montréal (1989-1996) after holding a variety of roles in local development and community organizations. She holds two honorary doctorates and is an Officer of the National Order of Québec. 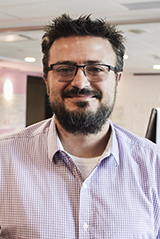 Previously, Norm was a Social Entrepreneur-in-Residence at MaRS, and a management consultant with Aperio, a social-purpose dedicated consulting firm. Norm teaches social entrepreneurship and impact investing to MEng students at the University of Toronto, and previously taught MBA and BBA courses at the Schulich School of Business.

Norm was Senior Policy Advisor within the Ontario government (2003-2006), developing, refining and managing policy across multiple policy portfolios relevant to social assistance, social housing, family support, child and youth development initiatives. He is a frequent guest speaker at social innovation conferences and forums, presenting at well over 20 conferences over the past three years alone. 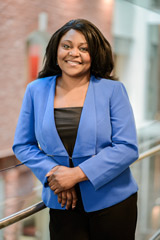 Roselyne is an entrepreneur and was CEO of Compagnie F, Entrepreneurship pour femmes. She is also an ethnocultural expert, a diversity management consultant, a speaker and an anthropologist.

Roselyne is very active in local economic development, particularly for issues relating to immigration, status of women, women’s access to financial resources and women in leadership, and participates actively in the realization of innovative projects.

Today, Roselyne is a member of the Fonds Afro Investment Committee, an administrator of the Chantier de l’économie sociale and Secretary-Treasurer of Cap Finance. 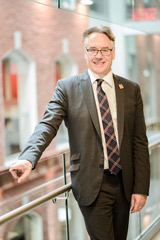 Stephen Huddart is President and CEO of The J. W. McConnell Family Foundation, a national private foundation established in 1937. McConnell has contributed to the introduction and development of social innovation and social finance in Canada, as a founding supporter of Social Innovation Generation (SiG), MaRS Centre for Impact Investing, and Innoweave, among others.

In addition to its role as a field builder, McConnell applies social innovation and social finance to such issues as reconciliation with Indigenous peoples, energy and the economy, and the future of cities.

Stephen currently serves on the advisory boards of Philanthropic Foundations Canada, Pearson College UWC and Je Fais Montréal. He has a Masters of Management degree from McGill. 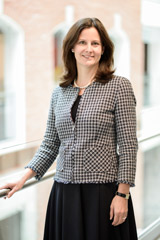 Prior to taking on her current positions, she spent ten years in various client service roles in the Advisory and Financial Services Practices of the firm.

A Chartered Professional Accountant, she holds a BSc from Western University, and an MBA from the University of Toronto.