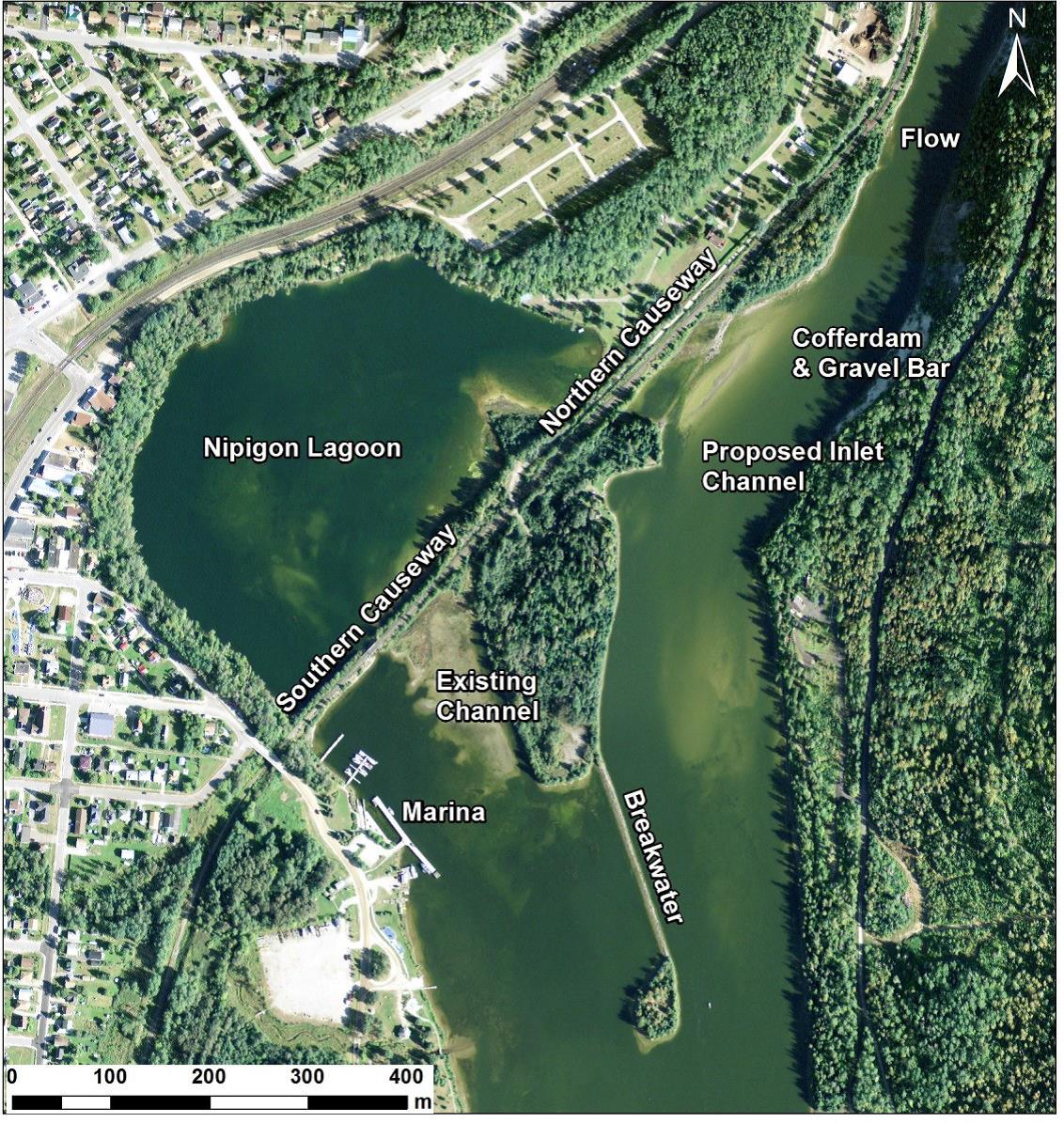 Walleye are returning to spawn in a lagoon on the north shore of Lake Superior, through habitat restoration work supported by the Great Lakes Sustainability Fund.

The work marks an important milestone for the Area of Concern: this is the final fish habitat restoration project to be completed under the Remedial Action Plan.

Located at the northernmost point of Lake Superior, the Area of Concern covers most of Nipigon Bay and a portion of Lake Superior’s largest tributary, the Nipigon River. In 1906, a railway line was built through the community of Nipigon. As part of that work, a causeway was constructed, a new channel was dredged near the outflow and the river was re-routed. The causeway sharply reduced the flow of the river at the site, impacting water quality and spawning/nursery habitat for walleye and other fish species, including brook trout, lake trout, rainbow trout and salmon.

The central feature of the fish habitat restoration project involved diverting part of the flow from the Nipigon River into the north end of the lagoon by constructing a new spawning channel through the causeway. The work included the removal of woody debris at the mouth of the new inlet channel into the lagoon and the installation of small, smooth stones - called cobble stones - at the outlet of the new channel to provide improved spawning habitat.

The upper banks of the channel were seeded with a seed mixture of local plants and covered with a special mesh sheet made from coconut fiber that prevents soil erosion while protecting the roots of newly-planted vegetation. As well, native shrubs, including willow, red osier dogwood and alders, were planted on the lower banks and stream edges to provide additional erosion control and fish cover.

The project required careful planning and coordination so that all construction could be completed during the summer months, minimizing any disturbances to fish. Follow-up monitoring will be conducted at the project site until 2017.

The project enjoys strong community support. Looking ahead, the Township of Nipigon has announced plans to clean up debris deposited in the lagoon over the years. Logs also will be removed from the spawning beds on the Nipigon River just upstream of the causeway.

For more information on the Nipigon Bay Area of Concern, please visit: InfoSuperior.