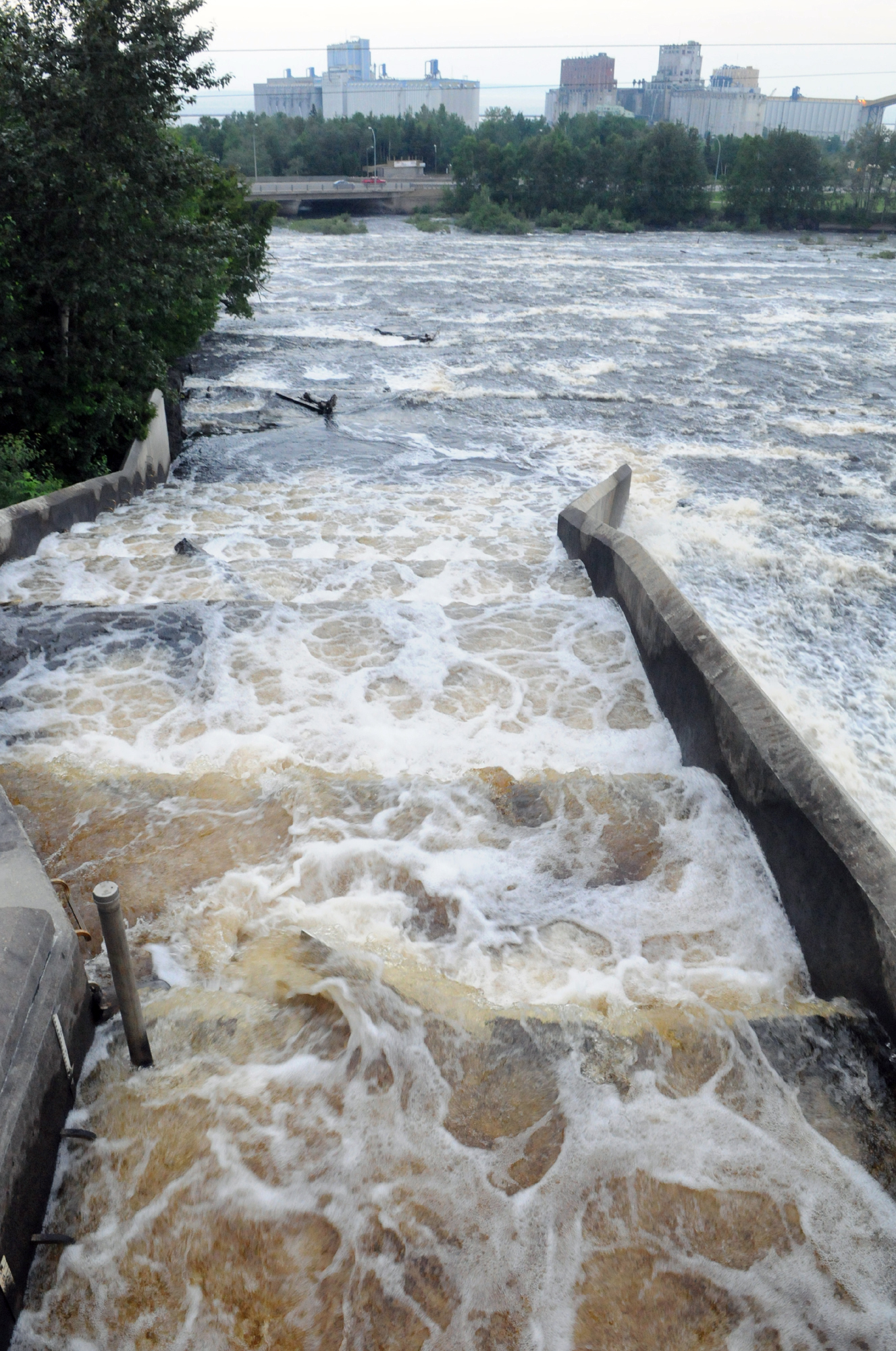 A project supported by the Great Lakes Sustainability Fund is using innovative technology to gain insight into the seasonal movement patterns of walleye, an important sportfish, to determine if they are affected by effluent from a large pulp and paper mill on the Thunder Bay waterfront.

The Thunder Bay Area of Concern extends about 28 kilometres along the shoreline of Lake Superior and up to 9 kilometres offshore from the City of Thunder Bay. The Area of Concern’s watershed is drained by the Kaministiquia River system and a number of smaller rivers and creeks. The area supports both commercial and sport fisheries. Thunder Bay is one of Canada’s largest freshwater shipping ports, and it is the largest community on Lake Superior.

Environmental concerns in the Area of Concern have focused on the water quality impacts of industrial and urban development along the Thunder Bay waterfront and adjoining tributaries. Over the years, industrialization, dredging, waste disposal, channelization and the release of pollutants have eliminated quality fish and bird habitat along the waterfront. While improved effluent treatment and changes in industrial processes have significantly reduced impacts in recent years, environmental challenges remain.

The project set out to document the location and movement patterns of adult walleye within the Kaministiquia River through different seasons. Using transmitters implanted into more than 20 walleye, investigators were able to track the fish movements through sound wave signals. The data provided key information on the fish population’s critical habitats and migration routes. The data will enable project partners to determine whether treatment improvements at the mill have reduced barriers to fish migration.

Preliminary analysis suggests that the walleye frequently moved through areas where effluent is discharged from the mill. A period of reduced movement was observed during the spawning season and the month of August. However, both of these periods of reduced movement are a reflection of natural patterns related to habitat use, rather than avoiding discharged effluent. These findings suggest that the occasional barriers to fish movement that formerly existed due to pulp mill effluent discharge are no longer a factor for walleye in Thunder Bay.

Consult the following external web site for more information on the Thunder Bay Area of Concern.