This report is a product from the collaboration of all provincial and territorial governments in Canada, and of the federal government. 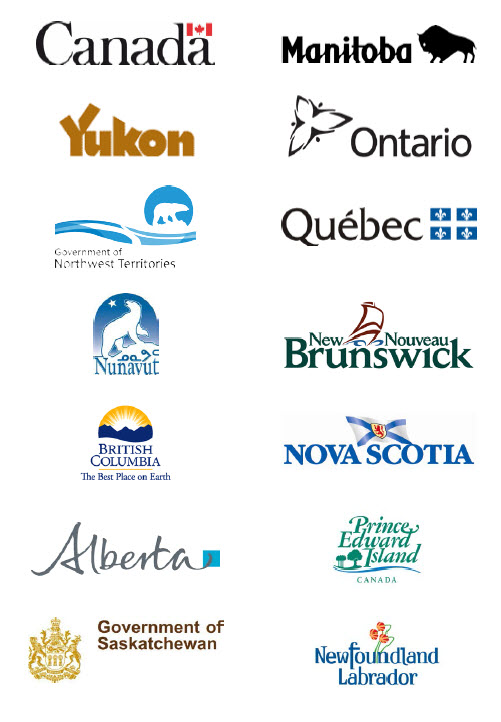 In this report, the conservation status of 29 848 species has been assessed in Canada among 34 different taxonomic groups: selected macrofungi, macrolichens, bryophytes, vascular plants, sponges, corals, freshwater bivalves, terrestrial and freshwater snails and slugs, spiders, mayflies, dragonflies and damselflies, stoneflies, grasshoppers and relatives, lacewings, beetles, ants, bees, yellowjacket wasps, caddisflies, moths and butterflies, scorpionflies, black flies, mosquitoes, horse flies, bee flies, flower flies, decapods, sea cucumbers, sea urchins, fishes, amphibians, reptiles, birds, and mammals. Results indicate that the majority of species in Canada are secure. In fact, among species that are critically imperiled, imperiled, vulnerable, apparently secure or secure, 80% of species have a national rank of apparently secure or secure. However, 1659 species were identified as may be at risk in Canada. Of these, 1032 species have only a small part of their range in Canada (10% or less) and 498 are intermediary (from 11% to 74%). However, 129 species have 75% or more of their range in Canada, of which 99 species are thought to be endemic to Canada. A priority score was determined for each of the 1659 species that may be at risk, and 296 species had the highest priority scores (between 1 and 5). Some of these species have already been assessed in details by the Committee on the Status of Endangered Wildlife in Canada, and the remaining could be prioritized as potential candidates for detailed assessments. Results also underlined the presence of a large number of exotic species in Canada. In this report, a total of 2394 species were identified as exotic at the national level. Most of the exotic species are vascular plants (1315 species; 25% of all species of vascular plants in Canada are exotic). In total, 10 687 species were ranked as unrankable or unranked at the national level because of a lack of knowledge. We identified 578 migratory species in this report. Furthermore, the conservation status of species that were included in previous Wild Species reports was updated. Among the taxonomic groups that were reassessed in this report, 3301 species had a change in their national rank. A total of 449 species had an increased level of risk, 414 species had a reduced level of risk, and 1382 species were changed from or to the ranks unrankable, unranked, or not applicable. Also, 595 species have been added to the list and 461 have been deleted from the list. Most of the changes (50%) are due to an improved knowledge of the species. English and French common names were developed for several species. In the future, the Wild Species series will continue to consolidate our knowledge of species in Canada.