Ms. Bonita Thornton is a part-time member of the Military Police Complaints Commission of Canada since March 2018. She became interim Chairperson effective October 5, 2021.

Bonita Thornton was appointed as Commission Member in March 2018. Ms. Thornton is a lawyer, manager and military veteran with extensive government and regulatory experience in administrative and criminal law. In the Fall of 2018, she retired as the Manager of Investigations, Professional Conduct, with the College of Physiotherapists of Ontario. She previously led the Investigations Department at the Law Society of Upper Canada.

Prior to moving into professional regulation, Ms. Thornton worked for twelve years as a lawyer and officer (obtaining the rank of Commander) with the Office of the Judge Advocate General, Canadian Forces. From 2006 until 2012 she held the position of Assistant Judge Advocate General, Central Region, where she oversaw five legal offices across Ontario and provided advice and training to military commanders, police and personnel on a broad spectrum of legal and operational issues. She deployed to Afghanistan in 2008 2009 as the senior legal advisor to the Canadian Task Force in Kandahar.

Ms. Thornton grew up in Northern Ontario, graduated from Laurentian University and has worked across the country. She graduated from Queen’s Law School in 1997 and was called to the Ontario Bar in 1999. Ms. Thornton has received the Queen Elizabeth II Golden Jubilee Medal, Queen Elizabeth II Diamond Jubilee Medal and 125th Anniversary of the Confederation of Canada Medal for her contributions to Canada and her community. 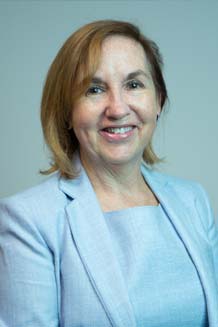 Interim Chairperson of the Military Police Complaints Commission of Canada