Prior to her appointment, Ms. McCormack was Director of Crown Operations (East Region) at the Ontario Ministry of the Attorney General, a position she had held since 2009. As Regional Crown Attorney, she supervised 10 Crown Attorney offices and was responsible for criminal prosecutions and summary conviction appeals in Eastern Ontario. In addition to her management duties, Ms. McCormack continued to prosecute many high profile and complex trials. She received the Ministry of the Attorney General Excelsior Deputy’s Award in 2010.

Ms. McCormack graduated from the University of Western Ontario’s law school. Following her call to the Ontario Bar in 1980, she was in private practice for three years before joining the Ontario Ministry of the Attorney General as Assistant Crown Attorney in 1983. She was seconded to the federal Department of Justice in 1992. Her work as General Counsel, Criminal Law and Policy, resulted in amendments to the Criminal Code of Canada which enhanced the general protection of women and children from sexual and physical violence for which she received the Department of Justice Deputy Minister’s Merit Award in 1994.

She returned to the Ontario Ministry of the Attorney General in 1994 where she continued to prosecute complex homicides and to develop her expertise in a number of criminal justice issues: child abuse, sexual assault and domestic violence; best practices in case management and trial processes and mental health. Over the course of her career, she travelled to Thailand and Kosovo to provide legislative and policy advice in these areas and frequently hosted many foreign delegations, including delegations from Russia, China, Afghanistan and the Palestinian Authority, on systemic issues and best practices.

Ms. McCormack prosecuted the first case in Canada to successfully use DNA evidence. She subsequently established an ad hoc committee to provide advice about the use of DNA evidence to Crown prosecution services and police services across Canada and internationally. She also worked on policy and legislative initiatives for both the DNA warrant provisions and the DNA data base which have transformed policing and prosecutions in Canada. This interest in facilitating transformative change also prompted her to implement a Drug Treatment Court, an Adult Mental Health Court and, for the first time in Canada, a Youth Mental Health Court while she was the Crown Attorney for Ottawa, an appointment she received in 2000, and the first woman to ever hold that position.

Between 2000 and 2005, Hilary McCormack was a member of the Department of National Defence’s Military Police Advisory Committee which provided advice to senior military leadership about significant changes to the military police and their investigative capacity. The committee’s recommendations improved the military police’s relationship with civilian courts and prosecution services, and provided opportunities for enhanced police training and education.

Hilary McCormack has taught criminal law at the University of Ottawa, at the Bar Admission course, and served on the faculty of the Federation of Law Societies Criminal Law program. She is a frequent speaker at judicial, legal and police conferences, helped develop instructional material for the National Judicial Institute, and written and published extensively on various legal issues. She has served as a volunteer on the boards of directors and committees of not-for-profit organizations. 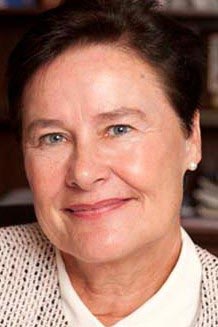 Chairperson of the Military Police Complaints Commission of Canada