Scott Streiner assumed the role of Chair and Chief Executive Officer of the Canadian Transportation Agency on July 20, 2015.

Prior to joining the Agency, Mr. Streiner had a 25-year public service career in a variety of roles. As Assistant Secretary to the Cabinet, Economic and Regional Development Policy, he served as Secretary to the Cabinet Committee on Economic Prosperity and played a key role in preparing advice to the Prime Minister on economic, environmental, and trade matters, including in the areas of transportation and infrastructure. As Assistant Deputy Minister, Policy with Transport Canada, he led the development of policy options and advice on issues touching all modes of the national transportation system, and ran the Department’s international, intergovernmental, and data analysis functions.

As Executive Director of the Aerospace Review, he managed intense stakeholder consultation and research programs, and oversaw preparation of the Review’s final report. In his role as an Assistant Deputy Minister with the Labour Program, he led international labour cooperation efforts, was responsible for policy development on federal employment standards, collective bargaining, workplace health and safety, and served as Head of the Federal Mediation and Conciliation Service and Chair of the Council of Governors for the Canadian Centre for Occupational Health and Safety.

Mr. Streiner also served as Vice President, Program Delivery with the Canadian Environmental Assessment Agency; Director General, Human Resources with the Department of Fisheries and Oceans; Director of Operations for the Reference Group of Ministers on Aboriginal Policy and Advisor, Machinery of Government, both with the Privy Council Office; and Director of Pay Equity with the Canadian Human Rights Commission.

His academic background includes a BA in East Asian Studies from the Hebrew University, an MA in International Relations from the Norman Paterson School of International Affairs, and a Ph.D. in Political Science from Carleton University. He spent a year at Carleton as a Public Servant-in-Residence and has taught courses, published articles, and made conference presentations on human rights, Middle Eastern history and politics, and public policy. 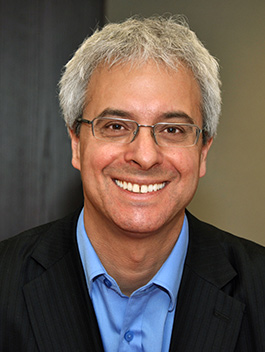 Chair and Chief Executive Officer of the Canadian Transportation Agency