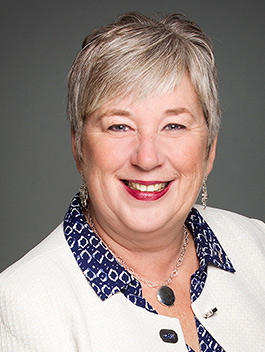 Minister of Fisheries, Oceans and the Canadian Coast Guard

The Honourable Bernadette Jordan was first elected as the Member of Parliament for South Shore—St. Margarets in 2015.

Prior to entering politics, Minister Jordan was a development officer for the Health Services Foundation in Bridgewater, Nova Scotia, where she spent eight years as part of a team raising millions of dollars for health care in the region. She has been involved in her community for years, holding positions such as President of the Atlantic Community Newspapers Association and Chair of the Earth Day Challenge Committee.

Abandoned and derelict vessels have been a major issue and concern in coastal communities, and Minister Jordan’s work on this issue helped lead to the development of the Oceans Protection Plan. She also had the privilege of serving as Chair of the Standing Committee on Fisheries and Oceans.

Minister Jordan is happily married to her husband, Dave, and together they have raised three children, Isaac, Mason, and Rebecca.