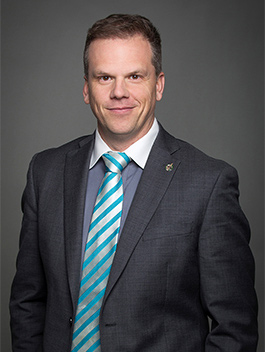 Leader of the Government in the House of Commons

Represents the riding of Ajax

A lifelong resident of the Ajax-Pickering area, Minister Holland has served his community for over 20 years. He was elected as a Durham Regional Councillor, and served from 1997 to 2004. He also served as Acting Mayor of Pickering. During his time on council, he focused on the redevelopment of the Pickering waterfront, youth employment, and environmental issues.

In both public and private roles, Minister Holland has backed health-related initiatives. He served as Executive Director of the Heart and Stroke Foundation of Canada’s Ontario Mission, as well as its National Director of Children and Youth, and helped to secure funding for Grandview Children’s Centre’s future Ajax location.