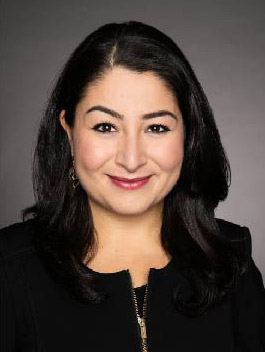 Minister for Women and Gender Equality and Rural Economic Development

Represents the riding of Peterborough-Kawartha

Recognized by Apolitical as one of the Top 20 Most Influential People in Gender Policy for the past two years, Minister Monsef has helped to shape the conversation about gender equality on the national and global stage. She helped lead Canada’s efforts to mainstream gender equality and Gender-based Analysis Plus into all G7 work, including during its presidency in 2018, as well as oversaw the activities of Canada’s G7 Gender Equality Advisory Council. She has led the Canadian delegation to the United Nations Commission on the Status of Women since 2017, represented Canada at the World Bank, and was instrumental in bringing discussions of gender equality to the table at the World Economic Forum.

She has always been committed to giving back to her community and her country. In her home community of Peterborough, Ontario, she co-founded the Red Pashmina Campaign, which raised money to support education for women and girls in Afghanistan. She is an alumna of Trent University, and speaks English, Farsi and Dari.