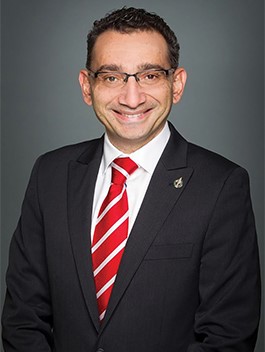 Represents the riding of Mississauga Centre

A longtime community activist, Minister Alghabra is passionate about his involvement with local organizations like Mississauga Summit and Youth Troopers for Global Awareness. He was a member of the community editorial board of the Toronto Star, where he authored columns on a wide range of provincial and federal issues. His work was also published in the Huffington Post. Among his many activities, Minister Alghabra has worked tirelessly to support initiatives that empower new Canadians through social and economic integration.

He has worked in various roles with General Electric Canada, Enbala Power, and the Ontario Energy Board.

A mechanical engineer by trade, Minister Alghabra holds a Master of Business Administration and was a Distinguished Visiting Fellow with the Faculty of Engineering and Architectural Science at Ryerson University.