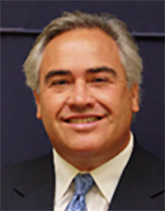 Prior to joining the Public Service through the Management Trainee Program at the Canadian Centre for Management Development in 1993, Michel was a teacher at West Island College and co-founder of Macdonald-Cartier Academy, a private French immersion high school. He’s enjoyed a career of challenging assignments as a Policy Analyst in the Privy Council Office, Intergovernmental Affairs; as Senior Advisor to Minister Anne McLellan in her capacity as Federal Interlocutor for Metis and Non-Status Indians; as Director of Aboriginal Research and Socio-Economic Development at Human Resources Development Canada; and was Chair of the TBS Consultation Committee for Aboriginal Peoples.

In November 2011, following 12 years of service in various senior management positions with the Canada School of Public Service, Michel assumed the role of Senior Director of Executive Services and Talent Management at Natural Resources Canada, prior to joining Justice Canada in September 2014 as Director General of the Human Resources Branch.

Michel is the proud father of two daughters, Rose and Emilie and he is a member of the Kitigan Zibi Anishinabeg Algonquin First Nations community. In 2004, Michel was the recipient of the Saint Paul University Alumnus of the Year Award for his accomplishments in advancing public service policy and leadership development programs grounded in Indigenous culture, co-development and reconciliation.