#ImmigrationMatters in Western Canada - Empowering communities to save money and energy 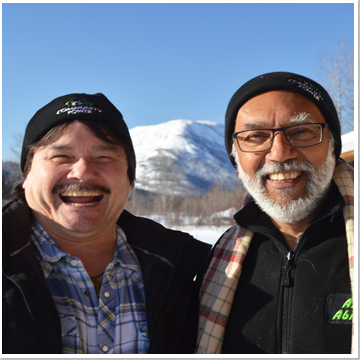 Born in Pakistan and raised in Tanzania, Areef moved to the United Kingdom at 16 and studied Mechanical Engineering at the University of London. He worked in the UK’s energy sector before coming to Canada in 1993 with his wife and 3 children, confident that he would find new opportunities.

Within a month of arriving, Areef found work with BC Hydro’s Power Smart Inc., helping residential and commercial consumers be more energy efficient. After several years in a leadership position at a BC Gas energy efficiency subsidiary, he then went on to work with Simon Fraser University’s Learning Strategies Group, visiting Indigenous communities and witnessing, firsthand, the poor housing conditions and heating problems. In remote regions such as northern BC, harsh winters can lead to heating costs as high as $5,000 a year.

Seeing an opportunity to help these communities make their homes more energy efficient, Areef and his late business partner, Tom Smith, launched Community Power in 2008. Under Areef’s leadership, Community Power has grown to employ a team of 35 people. It works in partnership with communities to develop, finance and follow an individualized plan to better manage their energy consumption. Such plans can include building local capacity to make upgrades and retrofits to their buildings and energy systems.

“Areef recognizes that each Indigenous community has unique energy and housing needs and is able to rally people together toward a common purpose,” says Dr. Michelle Corfield, former Vice President of the Nuu-chah-nulth Tribal Council. “He has helped just about every community he’s worked with save money by transitioning off diesel power for their generators. It’s also a major benefit for the environment.”

So far, thanks to Areef’s guidance, more than 60 Indigenous communities in Alberta and BC are on a path to energy self-sufficiency. One of these, the Kwadacha Nation, received the BC Clean Energy Award for Environmental Stewardship and Community Improvement in 2014 for their energy leadership.

“Kwadacha Nation started our energy efficiency journey with Community Power 7 years ago, and we’ve reduced our energy use by 40%,” says Kwadacha Nation Chief Donny Van Somer. “We had a strong vision of self-sustainability and worked together to make it happen.”

Calling on his own experience as an immigrant, Areef also launched Empower Me in 2012 to educate newcomers, seniors, low-income families and Indigenous people about ways to use energy more efficiently. Typically community members see a reduction of between 30 to 50% on their utility bills after upgrades.

But just as notable as what Areef has accomplished is how he does it. By emphasizing skills development and local training opportunities, he leaves communities equipped with the knowledge and tools to continuously improve their energy use.

“Areef empowers communities,” says Dr. Corfield. “His efforts lead to a more viable and sustainable future for these populations.” 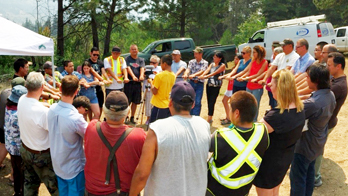