#ImmigrationMatters in Prince Albert, Saskatchewan - “Angel of the North” delivering her third generation of babies 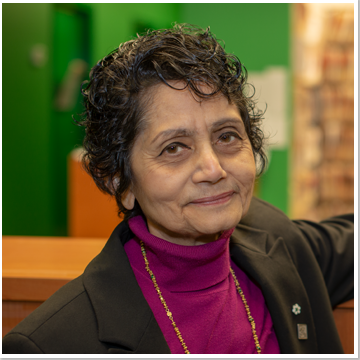 Not every doctor is motivated to continue a job that involves 80 unpredictable hours a week and getting up in the wee hours of the night. But Dr. Lalita Malhotra is not every doctor.

Dr. Malhotra, an obstetrician and gynecologist originally from Delhi, India, has been in Canada since 1975. That was the year she relocated to Prince Albert, Saskatchewan with her husband, who was a pediatrician. She has been working in obstetrics there for more than 40 years now, so is essentially on her third generation of babies.

“I should cut down my hours”, she says, “but obstetrics has been my whole life, and I love what I do”.

She was a trained physician and living in the UK with her husband at a time when immigrants could not become medical consultants in the UK, so the choice was clear to come to Canada. They first arrived in Ontario, where her husband was recruited by other British-trained doctors to practice in Prince Albert.

But in the seventies, Prince Albert’s medical community was male-dominated and immigrants were few. Becoming established was challenging. Dr. Malhotra started her own practice, and it grew by word of mouth. The hallmark of her approach was careful listening.

“I always believed it was important to look into patients’ eyes when I asked what was bothering them”, she says. “They might present with tonsillitis, but the real issue could be somewhere else”.

Caring for Indigenous women and their babies

A lot of First Nations people don’t feel comfortable with doctors and hospitals. It’s difficult for them to open up to authority figures because of past oppression. But Dr. Malhotra has made a big difference in their lives and in the community, because she doesn’t judge or look down on them. She is supportive no matter what.

Dr. Cora Mirasty, a medical resident of Cree descent, who was herself delivered by Dr. Lalita Malhotra

Over time, Dr. Malhotra built such trust and admiration among her clients in Prince Albert that Indigenous elders recently bestowed her with a traditional Star Blanket, considered the highest form of honour. She has also been awarded the Order of Saskatchewan and the Order of Canada, and was proclaimed Citizen of the Year in Prince Albert in 2008. Alongside her medical practice, she is a volunteer presiding official at citizenship ceremonies.

Career-wise, she continues to deliver babies, and collaborate with Indigenous leaders on projects to improve the overall health of the community.

“We’ve been really fortunate that she has a clinic here in Prince Albert”, says former Grand Chief Ron Michel. “She takes great care of our young moms and babies, which is so important given all the issues”.

Dr. Malhotra says when she and her husband first arrived in Prince Albert, there were only 3 or 4 other Indian families. Today, there are many immigrants in the area and quite a few own businesses. As a citizenship judge, she tells newcomers there is nothing they can’t achieve in Canada if they work hard.

“I tell new Canadians, ‘Take everything as a privilege, not a right’”. 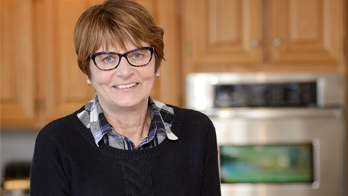