The Health Behaviour in School-aged Children (HBSC) survey (hbsc.org) has been carried out in Canada every four years since 1990 by the Social Program Evaluation Group at Queen’s University, in partnership with the Public Health Agency of Canada. The study is supported by the World Health Organization and involves 41 research teams from WHO Europe countries and regions and from North America.

The HBSC survey is founded on the population health framework, which is promoted by Health Canada, and thus recognizes the role played by the broad contexts of home, school, peers, and socio-economic status in the health and health behaviours of children and youth. Young people spanning the ages of 11, 13, and 15 years are invited to participate in the study. These three age groups are regarded as representative of critical periods of early adolescent development. The sample selected for the 2006 administration of the survey included 9,670 students from five grades (6, 7, 8, 9, and 10) to represent these age groups across Canada.

This summary booklet aims to introduce readers to the 2006 HBSC report, entitled Healthy Settings for Young People in Canada, a full version of which is available on the enclosed CD. The main purpose of the report is to examine the health contexts of young people in relation to selected trends in their health attitudes and behaviours.

The contexts for young people’s health

Students spend equally important time in the home, in school, and with friends. In addition, their socio-economic status and social conditions are believed to have an increasing effect on their health. These four contexts, or settings and conditions, are examined in association with youth health behaviours and outcomes using scientific measures which are detailed in the full report.

The family is the pre-eminent social system in a young person’s development. As shown by the findings of this cycle of the HBSC survey, approximately 2 in every 3 students in Canada live with both parents. Most young people report having a happy home life. Older students, especially girls, have more difficulty than younger ones in talking to their parents. Feeling understood and trusted by parents is less common in higher grades, and arguments with parents and thoughts of leaving home are more common in girls than in boys.

Young people spend a substantial portion of their lives at school. Overall, the proportion of students who like school increased in 2006, especially for girls, reversing a decline observed over the three previous cycles of the HBSC study. While the majority of students feel they belong in school, students in Grade 8 report the lowest levels of school belonging (only 48% of boys and 58% of girls) and boys report lower overall belonging than girls. A majority of students, but especially girls, report feeling safe at school. Boys are more likely to believe teachers expect too much of them, but in later grades girls feel more pressure from school work than boys. Students report very high levels of parental support where school is concerned, but, overall, girls report higher levels of satisfaction with all areas of schooling.

Relationships with peers of the same or opposite sex are essential to the healthy psychological and social development of children and youth and for fostering their self-esteem and sense of well-being. Generally speaking, young people are more comfortable having friends of the same sex than of the opposite sex, and girls are more comfortable than boys in talking to same-sex friends about things that really bother them. By Grade 10, the proportion of students who report having three or more close same-sex friends decreases, but, also by Grade 10, young people become more comfortable talking to their opposite-sex friends about things that really bother them. The number of days per week spent with friends right after school and the number of evenings spent with friends decreases significantly for boys and girls from Grade 8 to 10. This downward trend is noticeable over the five survey years.

There are clear differences in socio-economic status among Canadian young people, as shown by a number of measures used in the study. Although a high proportion of youths report that their families have common assets (such as computers and cars), and expenditures (such as vacations), only a small majority perceive their families to be quite well off or very well off. This suggests that young people consider their family’s wealth relative to others’ to be as important as their assets.

Knowledge about young people’s health behaviours and health outcomes – and the factors that influence them – is essential to the development of effective health education and school health promotion policy, programs, and practice. Research needs to investigate positive and protective factors that lead to good or improved health in young people as well as risk factors that may precipitate their future ill-health and disease. The behaviours in which young people engage may support or impinge upon their health in the short or long term; for this reason, we need to measure a wide range of youth behaviours. Positive or health-promoting behaviours need to be studied, as well as negative or health-damaging behaviours (including health risk behaviours).

Healthy living during youth includes being physically active and eating a healthy diet. The HBSC study provides an opportunity to examine several measures related to healthy living: physical activity, sedentary behaviour (such as watching television), food consumption, obesity, dieting, and body image dissatisfaction. Several important findings are apparent. First, the percentage of physically inactive and sedentary students in Canada is alarmingly high. In contrast, the percentage of students reporting daily consumption of fruits, vegetables, and low-fat/skim milk is low. Given these findings, it is not surprising that 1 in 5 school-aged Canadians are overweight or obese.

The problems of inactivity and obesity are particularly apparent in young individuals from homes with the lowest level of family affluence (i.e., socio-economic status).

Daily smoking among both boys and girls has declined significantly, especially in Grade 10. The substantial decrease shown in both the 2002 and 2006 surveys reflects the disapproving attitude towards smoking which is now prevalent in society. The proportion of students getting “really drunk” twice or more has also declined slightly from 2002 to 2006 among Grade 10 students, yet almost two-fifths of students still report getting “really drunk” twice or more. The proportion of boys in Grade 10 who report ever trying cannabis also shows a significant drop since the 2002 survey. Around one-fifth of students in Grade 9 and one-quarter of students in Grade 10 report having had sexual intercourse and condoms are the contraceptive method of choice reported by young people in both Grades 9 and 10.

A poor relationship between students and their parents, as assessed by the parent trust and communication scale, is significantly associated with cannabis use for both girls and boys.

Bullying remains a significant problem in Canada, with an alarming proportion of young people reporting involvement in bullying either as the victim, bully, or both. Since 2002, most forms of bullying have decreased, although racial harassment of both boys and girls has increased, especially in primary school grades. Fighting behaviour as reported by young people has increased since 2002, especially in lower grades.

Across all categories of bullying and being bullied, there are clear associations with attitude towards school.

Large proportions of students, as many as 31 to 48%, report one or more medically- treated injuries in a 12-month period. These injuries are often serious, in that they require substantial medical treatment, and result in significant time lost from school or usual activities, reaching as high as 2452 days missed per 1000 students over one year.

While emotional health tends to be similar for both boys and girls in Grade 6, by Grade 10, girls clearly are experiencing poorer emotional health than boys. The critical period for girls appears to be between Grades 6 and 7, when their emotional health becomes markedly poorer. This gender gap seems to be increasing from previous years of the survey.

Parent trust and communication is much more important to emotional health than living with both parents or family affluence. Similarly, quality of school experience (attitude towards school) is more important than academic achievement. Finally, pro-social attitudes of friends have a more protective influence than communication with friends on emotional health and well-being outcomes.

There is remarkable overall consistency in the patterns of influence shown by the four social contexts on the health behaviours and outcomes of young people in Canada. 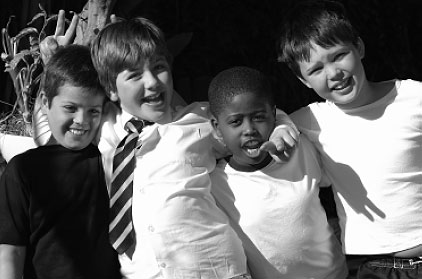