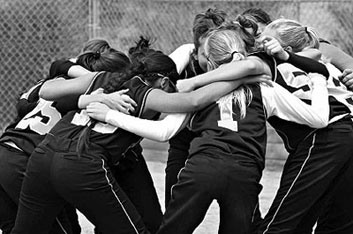 It is apparent that there are significant gender differences in friends' positive, pro-social attitudes (Figure 2.38). More girls than boys in Grades 9 and 10 report that their friends like school and think having good marks is important; however, fewer than 25% of students overall have friends who like school. In contrast, more boys than girls report that their friends get along with their parents.

The pro-social attitudes of friends scale was based on responses to the three statements: My friends like school; My friends think good marks are important; My friends get along with their parents.

Measures used in this report

A communication with friends scale was developed based on students’ reports of the extent to which they found it easy or difficult to talk to same-sex friends, opposite-sex friends, and a best friend about things that really bother them. Only those students with complete data for these three items were included.