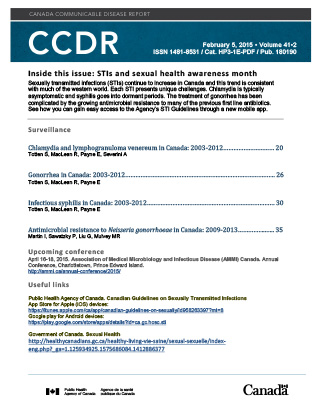 Inside this issue: STIs and sexual health awareness month

Sexually transmitted infections (STIs) continue to increase in Canada and this trend is consistent with much of the western world. Each STI presents unique challenges. Chlamydia is typically asymptomatic and syphilis goes into dormant periods. The treatment of gonorrhea has been complicated by the growing antimicrobial resistance to many of the previous first line antibiotics. See how you can gain easy access to the Agency's STI Guidelines through a new mobile app.