Transition of the Crown — what it means for Canadians 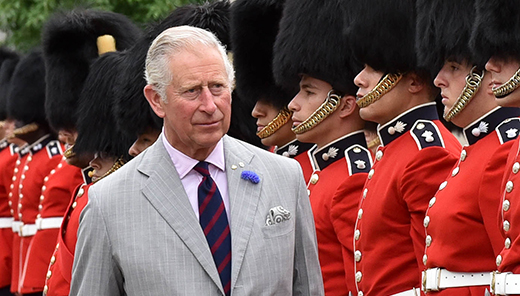 The Crown and its symbols are woven into the fabric of our daily lives: The Queen’s likeness appears on our currency and our stamps; the Royal Arms of Canada appear on buildings and official seals; museums and institutions bear the title of Crown corporations; passports issued in Canada invoke The Queen’s authority on their inside cover; and the names of the ships of the Royal Canadian Navy, which represent Canada around the world, are each marked by the prefix HMCS – Her Majesty’s Canadian Ship.

Canada now has a new Sovereign. His Majesty’s effigy or likeness will, over time, be included on a range of official documents and in services, ceremonies and activities that reflect the Crown in Canada.

The accession is the moment when a new Sovereign assumes the throne upon the death of the previous King or Queen. The King automatically became Sovereign of Canada on the passing of Queen Elizabeth II. Members of The Queen’s Privy Council for Canada assembled to proclaim the accession of the new Sovereign.

The accession event in Canada was held at Rideau Hall on Saturday, September 10, 2022. The proclamation was issued on the authority of an order in council to announce the demise of the Crown and the accession to the throne of the new Sovereign.

"Whereas our late Sovereign, Queen Elizabeth the Second, passed away on September 8, 2022, by whose death the Crown of Canada vests in His Royal Highness Prince Charles Philip Arthur George;
We, the Right Honourable Mary May Simon, Governor General of Canada, assisted by His Majesty’s Privy Council for Canada, proclaim that His Royal Highness Prince Charles Philip Arthur George is now, by the death of our late Sovereign, Charles the Third, by the Grace of God of the United Kingdom, Canada and His other Realms and Territories King, Head of the Commonwealth, Defender of the Faith, to whom we acknowledge faith and allegiance.
Given at Ottawa, this tenth day of September, two thousand and twenty-two.
Long Live the King"

The date of His Majesty’s coronation will be announced at a later date by Buckingham Palace.

The timing of His Majesty’s first official visit to Canada as Sovereign has not yet been determined.

Canadian currency that bears the image of Her Majesty remains legal tender and can still be used. This is also the case with passports and other official documents.

Protocol states that Her Majesty’s portrait should remain up until the day after the funeral. It is then removed and replaced with the portrait of the new Sovereign, when it becomes available. This will be produced in due course and may take some time.

The portrait of Her Majesty can be kept as a souvenir.

Her Majesty’s honorary positions and military appointments do not automatically transfer to the new Sovereign.

All enquiries pertaining to honorary appointments or the use of the word “Royal” should be sent to:

Address
Office of the Secretary to the Governor General
1 Sussex Drive
Ottawa ON  K1A 0A1
Email
royal@gg.ca

Queen Elizabeth II championed public and voluntary service around the world. Her Majesty was patron of more than 600 charities and organizations, of which 36 are in Canada.

Some of Her Majesty's patronages may request that another member of the Royal Family become their patron. For questions or assistance on how to proceed, please contact the Office of the Secretary to the Governor General.

Address
Office of the Secretary to the Governor General
1 Sussex Drive
Ottawa ON  K1A 0A1
Email
royal@gg.ca

The royal cypher – the personal device or monogram of The Queen that is used on the insignia of Canadian orders, decorations and medals, and on various badges – will no longer be used. The royal cypher will become the personal cypher of the new Sovereign, who may wish to use a different artistic representation of the Royal Crown.

The personal Canadian flag of the Sovereign will also change.

The Governor General of Canada and the lieutenant governors remain in office.

The Governor General and the ten lieutenant governors represent the Crown in Canada and act on behalf of the Sovereign, Canada’s Head of State.

Find more information on the Governor General of Canada and lieutenant governors.

Changes to Canada’s Coat of Arms are not required. However, should a revised artistic representation of the Royal Crown be adopted by the new Sovereign, the style of the Royal Crown included in the Arms of Canada may eventually be modified accordingly by the Canadian Heraldic Authority, at the request of the Government of Canada.

Learn more about the Coat of Arms – or Arms of Canada.

As per the terms of the Canadian Constitution, Canada will continue to be a constitutional monarchy.