Previous
Table of contents
Next

Suicide is complex. There is no “typical” case, and there is not a single solution to the problem of suicide and self-harm. This does not mean, however, that we are powerless. Medical research and experience allow us to understand the factors that contribute to a person starting down the suicide pathway and put in place measures to mitigate those risks.

In the vast majority of cases, suicide doesn't just happen. Of those who become suicidal, research indicates 90 percent suffer from a mental illness (particularly depression), and have a life crisis (such as a relationship conflict or loss, financial stress, legal problem, or serious health concern). Given such a situation, a series of additional negative events can coincide to reinforce suicidal intent, and increase the risk of suicide.

Experts identify important opportunities for intervention in this model for suicide prevention: 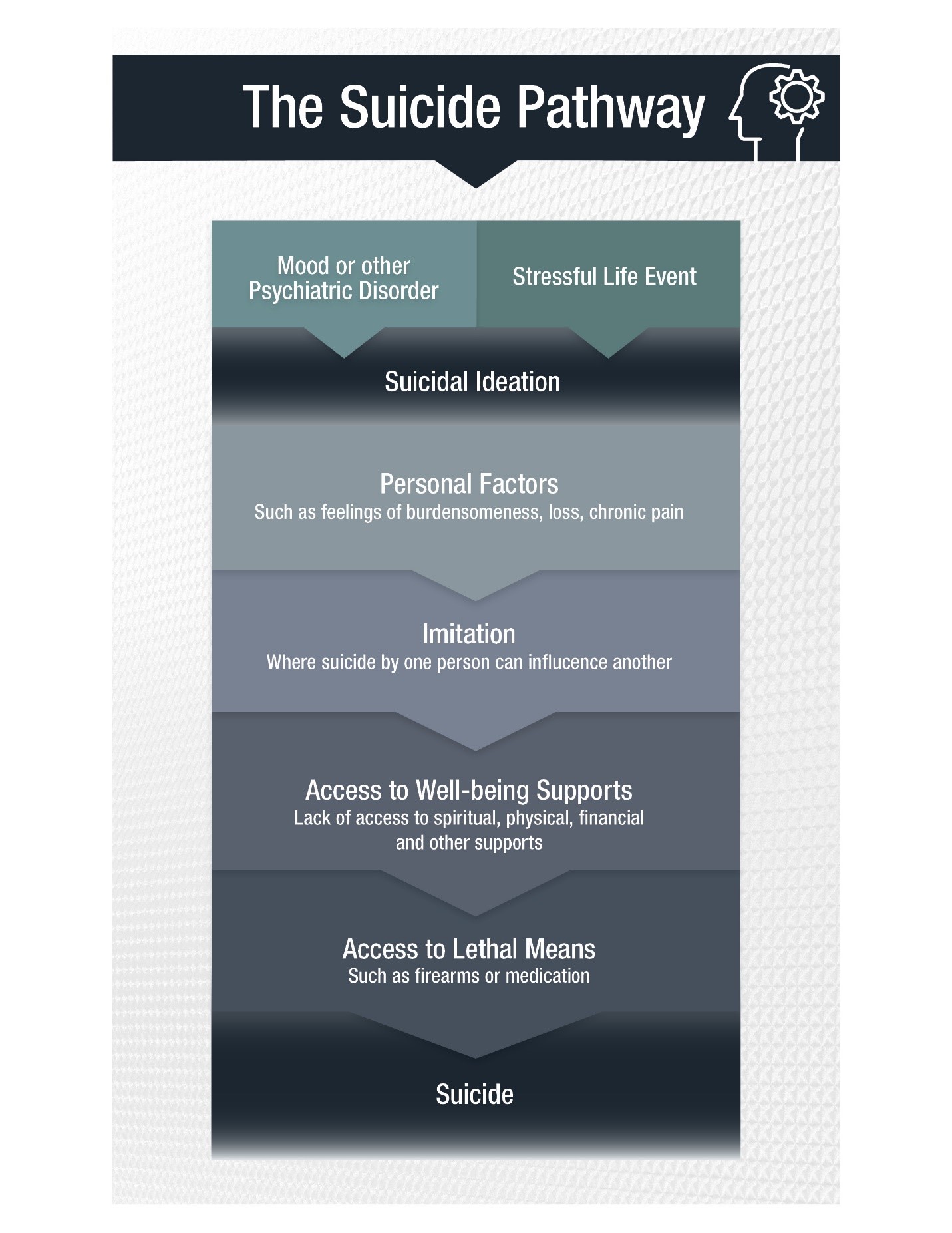 The most important lesson to be drawn from this model is that there are multiple factors contributing to suicide, rather than a single cause, and this means that there are multiple points of intervention and treatment that can help vulnerable individuals. It is also critical to note that these factors rarely (if ever) “cause” suicide independently; it is the interplay of these many factors, which differs among individuals, and their combined effect that can lead to a suicide attempt.

Some of the factors that have been associated with an increased risk of suicide are identified below. These risk factors are not specific to military members or Veterans. However, some of these risks can be exacerbated by the military lifestyle or post-service challenges. These risks include:

We aren’t mental health professionals and would never profess to be.

“However, just being there for fellow Veterans is often a huge help in providing reassurance and compassion. And I can testify that it is the first step towards professional help. One of the greatest contributions that we can make to Veteran mental well-being is to be there for them, to be open and listen, and to encourage them to get professional help. We can overcome the isolation and loneliness if we educate ourselves and reach out to fellow Veterans.The VAC-sponsored Mental Health First Aid course provided me with the basic tools that I needed to be comfortable reaching out and offering assistance.”

Previous
Table of contents
Next