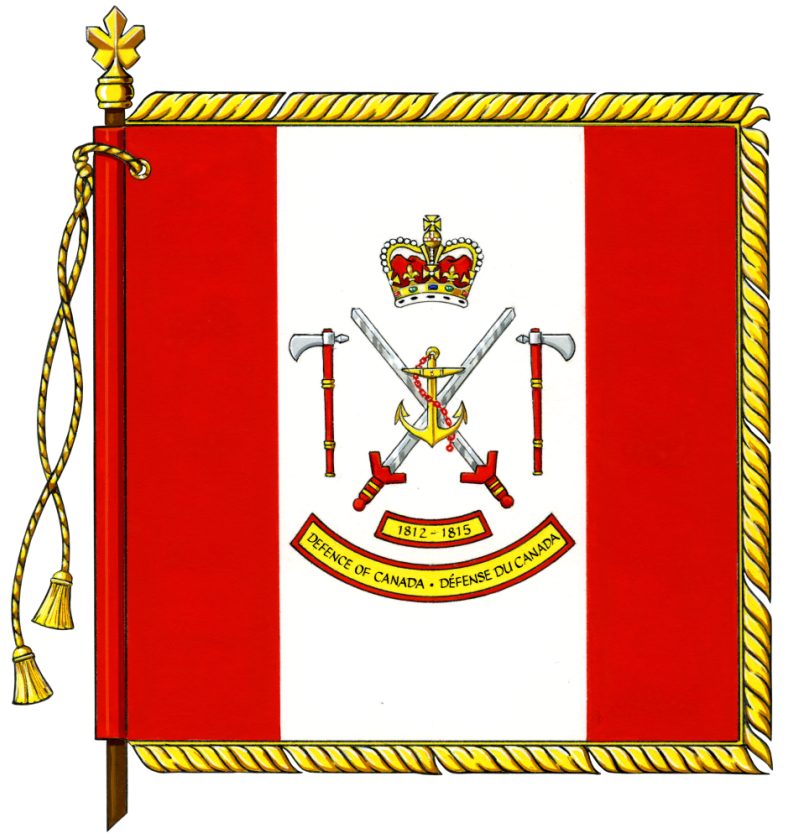 AS APPROVED BY HIS EXCELLENCY THE RIGHT HONOURABLE DAVID JOHNSTON, C.C., C.M.M., C.O.M., C.D., GOVERNOR GENERAL AND COMMANDER-IN-CHIEF OF CANADA, AND ENTERED ON 20 OCTOBER 2011 IN VOLUME VI PAGE 72 OF THE PUBLIC REGISTER OF ARMS, FLAGS AND BADGES OF CANADA

Gules on a Canadian pale Argent two swords in saltire proper, hilts and pommels Gules, surmounted by an anchor Or fouled Gules and flanked by two tomahawks addorsed, the whole ensigned by the Royal Crown proper and above two scrolls Or edged Gules and inscribed 1812-1815 and DEFENCE OF CANADA - DÉFENSE DU CANADA in letters Sable;

The banner honours those who defended British North America during the War of 1812; the Royal Navy and Provincial Marine, the British Army and colonial militias, and their First Nations allies. The three fighting elements are represented by the anchor, the swords and the tomahawks respectively