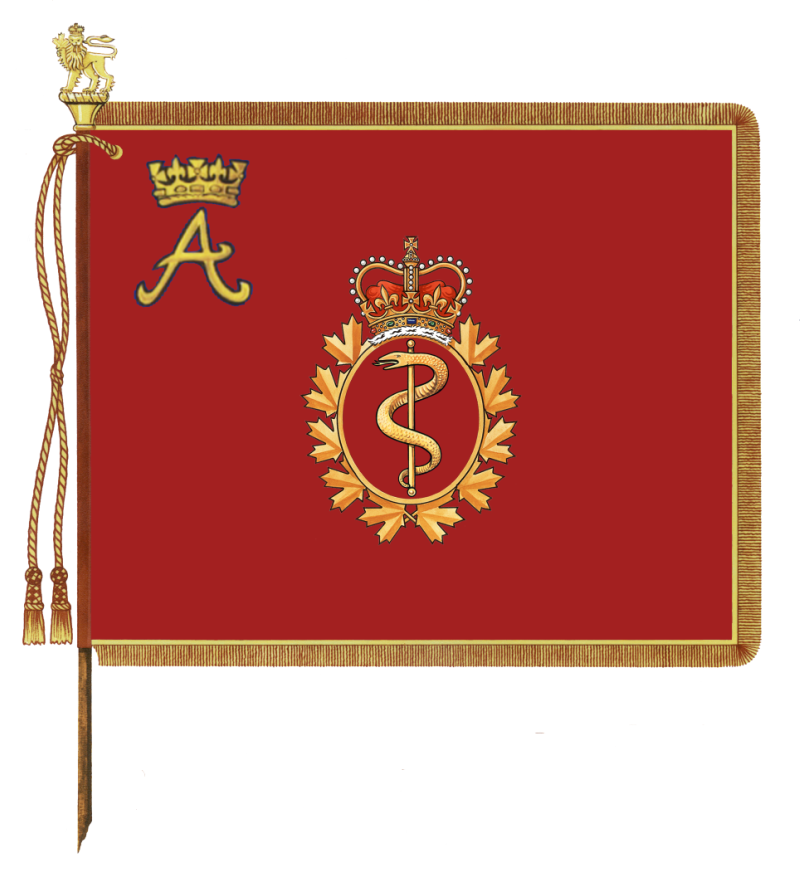 AS APPROVED BY HIS EXCELLENCY THE GOVERNOR GENERAL AND COMMANDER-IN-CHIEF OF CANADA;

Gules the Badge of the Royal Canadian Medical Service proper, in the canton the cypher of Her Royal Highness The Princess Royal Or;

Original concept of Darrel Kennedy, Assiniboine Herald, assisted by the heralds of the Canadian Heraldic Authority.