Their Royal Highnesses The Prince of Wales and The Duchess of Cornwall toured Canada from May 20-23, 2012, the Diamond Jubilee Year of Her Majesty The Queen. This Royal Tour of Canada—which included stops in Canadian Forces Base (CFB) Gagetown, Oromocto, and Saint John, New Brunswick; Toronto, Ontario; and Regina, Saskatchewan—highlighted service as both an enduring royal value of Her Majesty and the Royal Family as well as an intrinsic Canadian value. 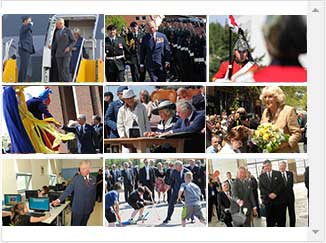