Painting of Her Majesty 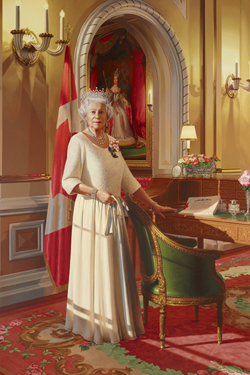 It is a contemporary representation of Her Majesty painted by Phil Richards. It includes a number of elements, some based on objects that can be found at Rideau Hall, some on objects that represent aspects of Her Majesty’s 60 years of service to Canada. For example, resting against two Victorian ink pots is a copy of the British North America Act of 1867, signed in Queen Victoria’s reign and repatriated in 1982 during Her Majesty’s reign. A pink rose in a small vase is the Queen Elizabeth Rose, introduced in 1954 in honour of the new monarch. The vase is embossed with The Queen’s Canadian Diamond Jubilee Emblem. There are six direct light sources visible in the painting, one for each decade of Her Majesty’s reign.

Mr. Richards notes it took about seven months, over a sixteen month period, to create the Diamond Jubilee painting of Her Majesty The Queen. 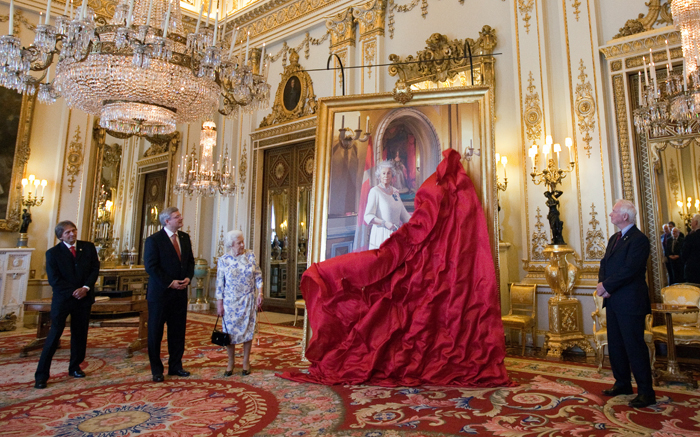 On September 24, 2012, Their Excellencies The Right Honourable David Johnston Governor General of Canada and Mrs. Sharon Johnston hosted a special screening of The Portrait, a National Film Board (NFB) 40-minute short film documenting the work of Mr. Richards as he creates the Diamond Jubilee portrait. For more information about the documentary The Portrait, visit the National Film Board’s website.