Unrealistic expectations: The Luftwaffe’s doomed mission during the Battle of Britain - Part V 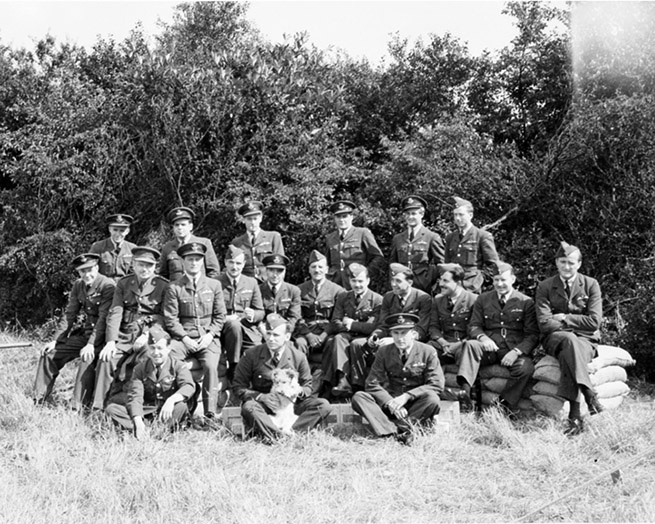 In the summer of 1940, the prospects for democracy in Europe appeared bleak. Adolf Hitler’s apparently unstoppable military machine had overrun most of Western Europe in less than two months; only the English Channel stood between Nazi Germany and the sole outpost of democracy in Europe.

To commemorate the 80th Anniversary of the Battle of Britain, we are running this historical, six-part series is based on an article written by Major Jim Pinhorn, originally published on the RCAF newsroom.

Faulty German intelligence also contributed to the failure of the Luftwaffe bombing campaign. Although the objectives of the German Air Force included the destruction of shipping, and terror bombing of British citizens, the necessary target was the British aircraft industry. Only with the halting of the supply of new airplanes could the Germans win the battle of attrition that ensued in the summer of 1940. But German intelligence was incapable of developing target lists and determining which targets needed to be struck. Also, German intelligence was never able to accurately monitor the effects of their efforts. Without accurate information, German commanders had little hope of waging a successful bombing campaign.

But the factor which ultimately ensured defeat was the poor quality of German leadership. Hitler appears to have been convinced that the threat of invasion alone would bring Britain to terms. Addressing the Reichstag in 1940, he said “a great empire will be destroyed, an empire which it was never my intention to destroy or even to harm.” He assumed that the British would recognize the peril and that a negotiated peace could be concluded.

Hitler was not alone in this assessment. Leaders all over the world assumed they would sue for peace. With such gloomy prospects, it appeared as if England had no choice but to negotiate. The impact of Hitler’s ambivalence was confusion for Luftwaffe planners; with no clear aim, the Luftwaffe set out on a campaign against Britain which simply meandered from one objective to the next, never able to plan the defeat of the British.

The dogged determination of British Prime Minister Winston Churchill was vital to his nation’s efforts. Despite the many predictions of impending doom, Churchill vowed to “never surrender.” Churchill’s response was that the British would “drown as many as possible on the way over, and then frapper sur la tête anyone who managed to crawl ashore.” Churchill made the British aim clear from the outset, and the result was a focused national effort. His determination was invaluable as a source of inspiration for ordinary Britons and for the men of Fighter Command who would be charged with mounting the defence.

Göring, Hitler’s Luftwaffe chief, was prone to impulsive and erratic decisions. There was no prioritization as to where Luftwaffe efforts should be focused. As the battle wore on, Göring changed targets with increasing frequency. This lack of German focus was in stark contrast to the steadfast determination of the British. Having recognized early on that the intent of repeated German fighter sweeps was to draw out British fighter strength and engage it in decisive battle, Air Chief Marshal Dowding refused to play into Göring’s hand. At Dowding’s insistence, Fighter Command was not to accept battle unless an opportunity to attack enemy bombers presented itself – a strategy that deprived the Germans of the opportunity to gain the all-important air superiority it required while at the same time allowing the RAF to avoid wasting its limited strength in engagements that would not likely contribute to preventing an invasion. Dowding understood from the start that a successful channel crossing would require air superiority, and that such superiority could only be achieved by destroying Fighter Command. By refusing to engage fighters, Dowding was able to force the Germans to accept what would eventually become unacceptable bomber losses. Dowding refused to alter course, and eventually prevailed.