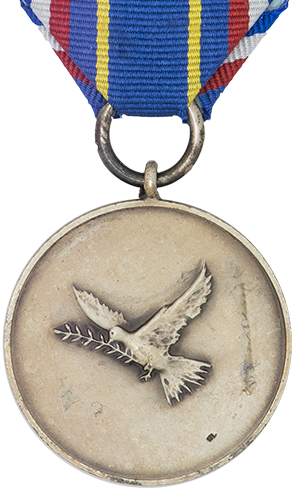 The medal shall be worn in sequence prescribed in the Canadian Orders, Decorations and Medals Directive, and in the following manner: on the left breast, suspended from the ribbon described above, after the MFO medal and before the INTERFET medal. A small device depicting the obverse of the medal is worn centered on the undress ribbon.