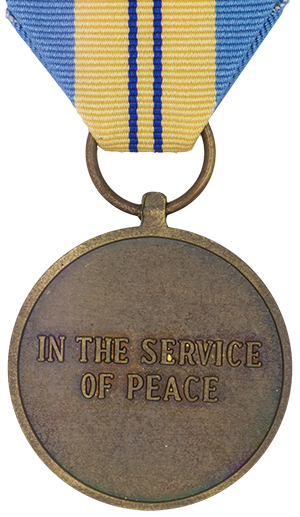 Established in October 1973 to supervise the cease-fire between Egyptian and Israeli forces and, following the conclusion of the agreements of 18 January 1974 and 4 September 1975, to supervise the redeployment of Egyptian and Israeli forces and control the buffer zones established under those agreements. The mandate for this Mission expired in July 1979 and the troops were withdrawn.

The ribbon bears a wide central band of a sand or buff colour symbolizing the Sinai Desert, with two narrow dark blue lines through the middle, representing the Suez Canal. Two wide bars of UN blue appear at either end.