The official description, eligibility, criteria and history of the UN Mission in Haiti (UNMIH). 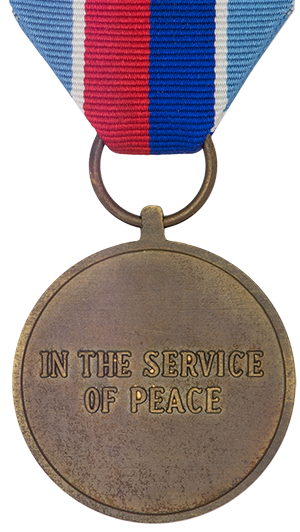 This mission established to help implement certain provisions of the Governors Island Agreement signed by the Haitian parties on 3 July 1993. In 1993, UNMIH’s mandate was to assist in modernizing the armed forces of Haiti and establishing a new police force. That mandate could not be carried out due to the non-cooperation of the Haitian military authorities. On the 31 July 1994 the UN approved the establishment of an advance team of UNMIH to institute the appropriate means of coordination with the multinational force, to carry out the monitoring of the operations of the force, to assess requirements and to prepare for the deployment of UNMIH upon completion of the mission of the multinational force. The Mission terminated in June 1996.

UNTMIH was the third in the series of UN Peacekeeping Operations in Haiti. It was established the 30 July 1997 for a single four-month period ending on 30 November 1997. It was established to assist the Government of Haiti by supporting and contributing to the professionalization of the Haitian National Police (HNP).

UNTMIH was succeeded in December 1997 by the United Nations Civilian Police Mission in Haiti (MIPONUH). The Security Council established MIPONUH on the 28 November 1997. Unlike the three previous Missions, MIPONUH had no military component. Its mandate was to continue the work of the United Nations to support the Haitian National Police and to contribute to its professionalization.

MIPONUH was succeeded by the new International Civilian Support Mission in Haiti (MICAH) on 16 March 2000. Its mandate is to consolidate the results achieved by MIPONUH and its predecessor Missions of the United Nations in Haiti. MICAH is tasked with further promoting human rights and reinforcing the institutional effectiveness of the Haitian police and the judiciary, and with coordinating and facilitating the international community's dialogue with political and social actors in Haiti.

Awarded for 90 consecutive days of service in any of the missions listed above.

On the reverse, an inscription bearing the words, "IN THE SERVICE OF PEACE" in English (and only in English).

The ribbon consists of the royal blue and red of the Republic of Haiti, bordered by the UN blue with two white lines denoting friendship between the two.

The bars are bronze in colour and bear the acronym of the specific mission.

One bar is worn centred on the ribbon; if multiple bars have been awarded, they shall be evenly spaced on the ribbon in the order earned, with the first bar earned worn the closest to the medal.