UN Mission for the Referendum In Western Sahara (MINURSO)

The official description, eligibility, criteria, and history of the UN Mission for the Referendum In Western Sahara (MINURSO). 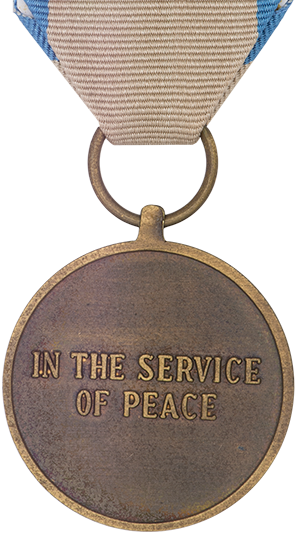 This mission was established to hold a referendum for determining the future of the region and to provide movement control. The major issue was to decide if the people of the Western Sahara wanted independence from or integration with Morocco. Following the election, the mandate was to monitor the cease-fire.

Awarded for 90 days consecutive service from 01 May 1991 to present.

The ribbon has a very wide central band of a sandy brown colour, representing the Sahara Desert, with two narrow bands of UN blue at either end.