UN Mission in the Republic of South Sudan (UNMISS)

The official description, eligibility, criteria, and history of the UN Mission in the Republic of South Sudan (UNMISS). 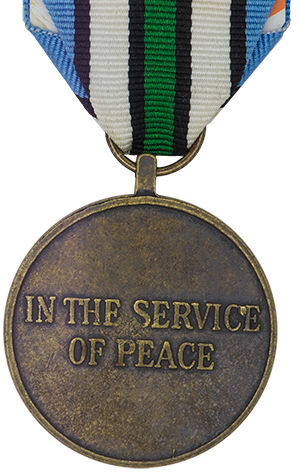 The ribbon has two United Nations blue stripes on the edges, followed by two white stripes and one green central stripe. Four black lines separate each of these stripes.

The medal shall be worn in sequence prescribed in the Canadian Orders, Decorations and Medals Directive, and in the following manner: on the left breast, suspended from the ribbon described above, after the UNAMID medal and before the MINUSMA medal.

The CF participation in this mission is known as OP SOPRANO.