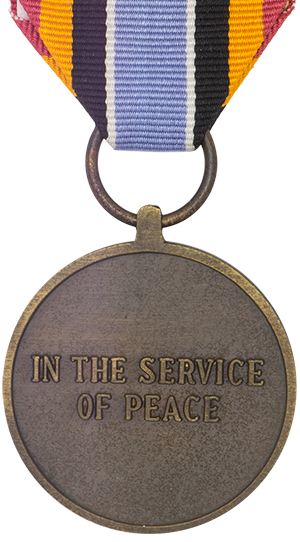 This mission was established on 22 June 1993 to monitor the Uganda/Rwanda border and to verify that no military assistance reached Rwanda. The focus was placed primarily on transit by transport of lethal weapons and ammunition across the border as well as any other material which could be of military use. Upon completion of the task, the Mission was terminated in October 1994.

The medal shall be worn in sequence prescribed in the Canadian Orders, Decorations and Medals Directive, and in the following manner: on the left breast, suspended from the ribbon described above, after the ONUMOZ medal and before the UNAMIR medal.