The official description, eligibility, criteria, and history of the UN Operation in Mozambique (ONUMOZ). 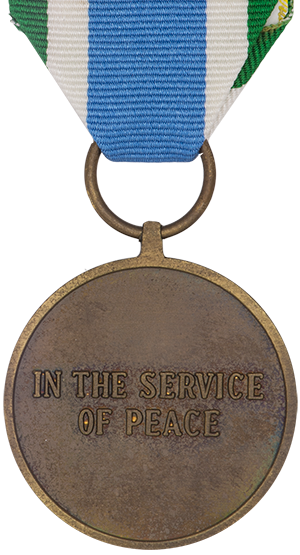 The Mission was established on 13 October 1992 to monitor and verify the cease-fire, the separation and concentration of forces and their demobilization; and the collection, storage, and destruction of weapons. The Mission was also established to monitor and verify the complete withdrawal of foreign forces; to monitor and verify the disbanding of private and irregular armed groups; to authorize security arrangements for vital infrastructures; to provide security for the United Nations and other international activities in support of the peace process, especially in the corridors; to provide technical assistance and monitor the entire electoral process; to coordinate and monitor all humanitarian assistance operations—in particular those related to refugees, internally displaced persons, demobilized military personnel, and the affected local population—and to facilitate the implementation of the general peace agreement for Mozambique. Upon completion of the task, the Mission was terminated in January 1995.

The medal shall be worn in sequence prescribed in the Canadian Orders, Decorations and Medals Directive, and in the following manner: on the left breast, suspended from the ribbon described above, after the UNSOM medal and before the UNOMUR medal.