The official description, eligibility, criteria, and history of the UN Operation in Somalia (UNOSOM). 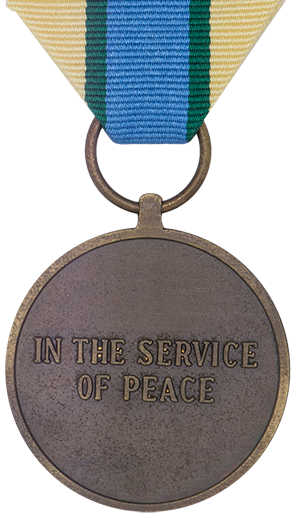 UNOSOM was established on 24 April 1992. In accordance with the agreements reached with the two main Somali factions in Mogadishu, the cease-fire in the capital was to be monitored by a group of 50 unarmed, uniformed United Nations military observers. The observers were to be deployed along the demarcation line separating Mogadishu into two zones. Regarded as humanitarian assistance, the security personnel envisaged in the agreements were to provide protection and security for United Nations personnel, equipment, and supplies at the port of Mogadishu and escort deliveries of humanitarian supplies from there to distribution centres in the city and its immediate environs. They were also to provide security for United Nations personnel, equipment, and supplies at the airport in Mogadishu. They were to provide the United Nations’ convoys of relief supplies with a sufficiently strong military escort to deter attack; they were authorized to fire in self-defence as a last resort if deterrence should not prove effective. On 28 August, the Security Council authorized an increase in strength of UNOSOM by four additional UN security units for the protection of the humanitarian convoys and distribution centres throughout Somalia. Several of the Somali de facto authorities refused to agree to the deployment of United Nations troops and only one battalion and military observers were deployed to Mogadishu. Relief ships were blocked from docking and even shelled. Air and seaports came under fire resulting in the non-delivery of relief supplies to areas where the need was most acute. On 3 December 1992, the Security Council authorized the use of all necessary means to establish, as soon as possible, a secure environment for humanitarian and relief operations in Somalia. The first elements of the Unified Task Force, spearheaded by the United States of America, were deployed in Mogadishu on 9 December 1992. UNOSOM ended on the 30 April 1993.

The ribbon is sand or buff coloured, symbolizing the desert, with a wide centre band of UN blue flanked by narrow stripes of dark green, symbolizing hope.

There were two UN Operations in Somalia (UNOSOM I). The second mission (UNOSOM II) took place in 27 May 1993 and lasted until 31 March of 1995. This time also counts towards the UNOSOM medal.