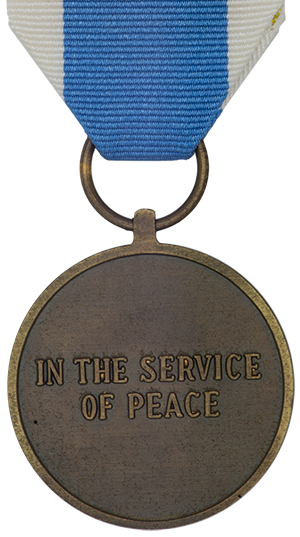 This medal is awarded for 90 days consecutive service for the following UN missions:

The medal shall be worn in sequence prescribed in the Canadian Orders, Decorations and Medals Directive, and in the following manner: on the left breast, suspended from the ribbon described above, after the MINUSMA medal and before the UNHQ medal.