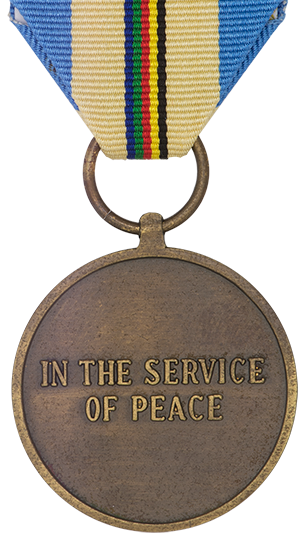 The centre of the UNTAG ribbon contains five equal stripes in black, yellow, red, green, and royal blue—the colours of the five Olympic Rings and representing the five continental regions of the world, all of which were represented in either the military or civilian police components of UNTAG. The centre is flanked by equal bars of a buff or sand colour to represent the Kalahari and Namib deserts, with equal bands of UN blue appearing at each end.