United Mission for the verification of Human Rights in Guatemala (MINUGUA)

The official description, eligibility, criteria, and history of the United Mission for the verification of Human Rights in Guatemala (MINUGUA). 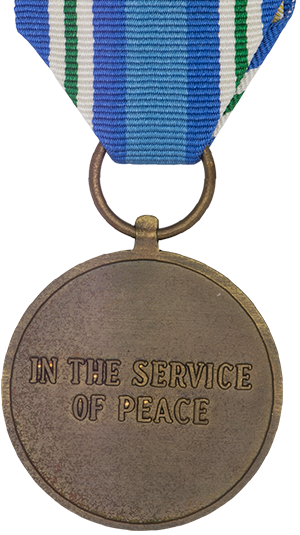 In September 1994, the General Assembly decided to establish a Human Rights Verification in Guatemala acting on a recommendation by the Secretary-General that such a mission could make a contribution to a persisting pattern of human rights abuse. The mission terminated in May 1997.

The ribbon represents the colours of the Guatemala flag (deep blue, white, and green) brought together in the center by UN blue.