As stated in the following London Gazette citation, Milton Fowler Gregg is a recipient of the Victoria Cross. This medal is awarded for the most conspicuous bravery, a daring or pre-eminent act of valour, or self-sacrifice or extreme devotion to duty in the presence of the enemy. 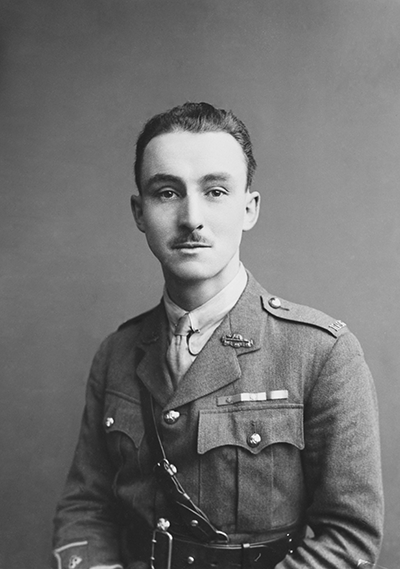 Milton Fowler Gregg was born in Mountain Dale, New Brunswick on 10 April 1892. In September 1914, he enlisted in the 13th Infantry Battalion, Canadian Expeditionary Force. Gregg eventually received a commission in the field as an officer, and was decorated with the Military Cross and later a Bar to that medal for his conduct in action at Lens and Arras in France in 1917 and 1918 respectively.

Lieutenant Gregg earned the Victoria Cross for his actions from 27 September to 1 October 1918 while serving with The Royal Canadian Regiment near Cambrai in France. Gregg led his men in an advance under intense fire through uncut enemy barbed wire. When the Germans mounted a strong counterattack and his supply of grenades was exhausted, Lieutenant Gregg secured more grenades and rejoined his men. Despite suffering two wounds, he continued to lead his men against the enemy trenches, which they cleared.

“For most conspicuous bravery and initiative during operations near Cambrai, 27th September to 1st October, 1918.

On 28th September, when the advance of the brigade was held up by fire from both flanks and by thick, uncut wire, he crawled forward alone and explored the wire until he found a small gap, through which he subsequently led his men, and forced an entry into the enemy trench. The enemy counter-attacked in force, and, through lack of bombs, the situation became critical. Although wounded, Lt. Gregg returned alone under terrific fire and collected a further supply. Then rejoining his party, which by this time was much reduced in numbers, and, in spite of a second wound, he reorganised his men and led them with the greatest determination against the enemy trenches, which he finally cleared.

He personally killed or wounded 11 of the enemy and took 25 prisoners, in addition to 12 machine guns captured in this trench. Remaining with his company in spite of wounds, he again on the 30th September led his men in attack until severely wounded. The outstanding valour of this officer saved many casualties and enabled the advance to continue.”